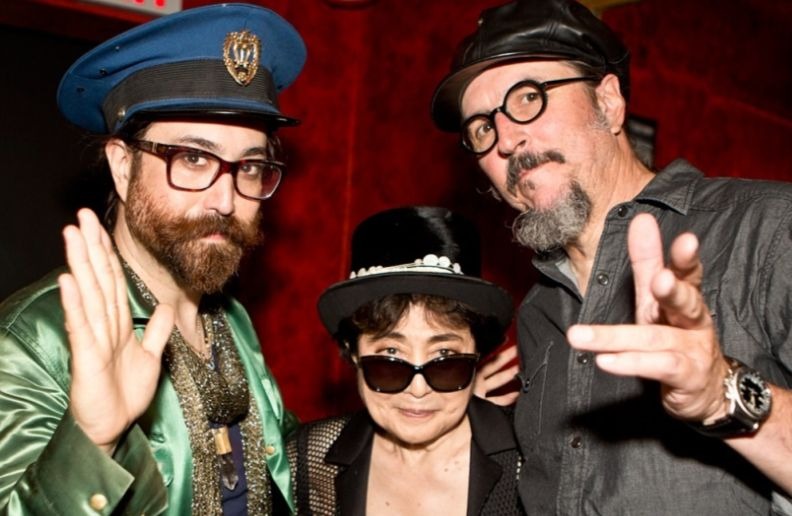 The collaborative project of Les Claypool (Primus) and Sean Lennon will release their first album on Friday (22), called South of Reality, successor of Monolith of Phobos (2016). The duo was on Stephen Colbert’s show on Monday (18) with a performance of “Blood and Rockets”, main single of the new work.

Check out the presentation:

They started to have ideas of making an old-school, psychedelic and progressive rock record. Claypool invited Lennon to his guesthouse to drink wine, run some ideas and play drums.

Over the course of six weeks, they wrote and recorded a total of ten songs with both of them sharing various vocal and instrumental responsibilities, going beyond their core instruments of bass and guitar, culminating in the release of their first studio album, Monolith of Phobos.