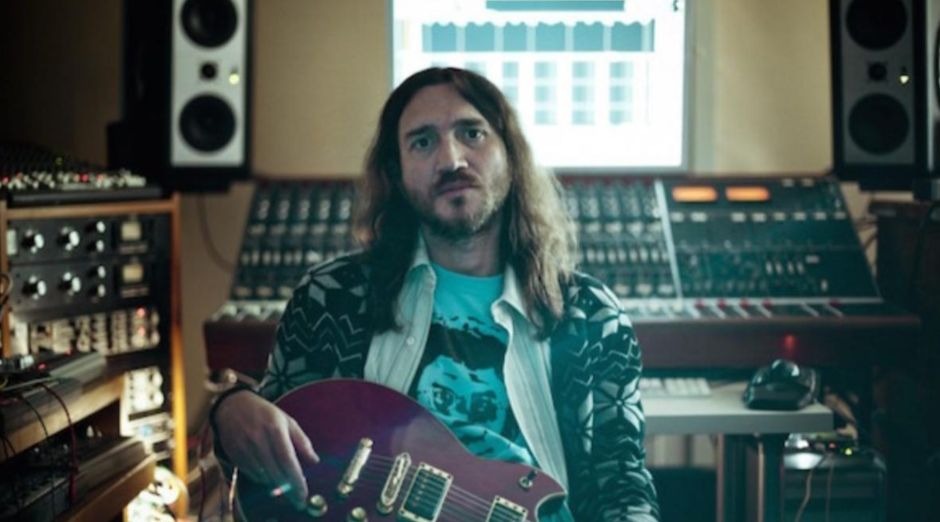 John Frusciante, who recently announced his return to Red Hot Chilli Peppers, continues to work on his solo career. The guitarist released in March 31, a new album of his project as Trickfinger, baptized as Look Down, See Us.

However, it doesn’t end there. The guitarist also announced that two more new albums will be released this year, She Smiles Because She Presses the Button, on June 3, and another, still untitled released, later.

Red Hot Chilli Peppers is working on a new studio album with guitarist John Frusciante, according to Chad Smith. The drummer revealed the news during an interview with Rolling Stone about his exhibition The Art of Chad Smith.

“I was given specific orders for this interview: Don’t talk about the band’. But yes, John is back in the band and everyone knows it. We are excited. Festivals are the only shows scheduled. For now we are just focusing on new songs and writing a new album. We are all looking forward to making new songs.”

John Frusciante returned to the band in December 2019 after leaving the band in 2010. After he left, they hired guitarist Josh Klinghoffer. They recorded the 2011 albums “I’m with You”. , and “The Getaway”, 2016.