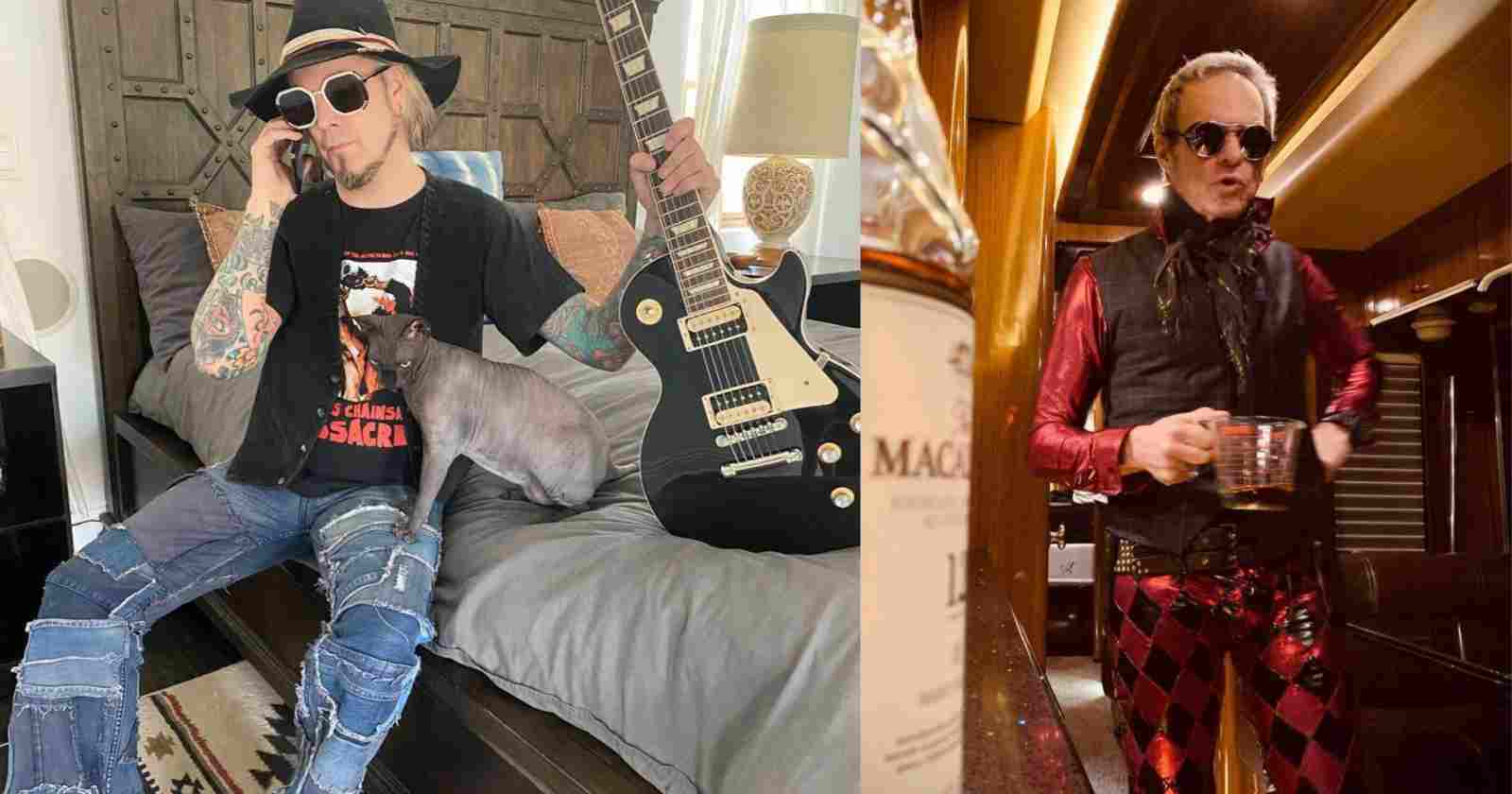 Guitarist John 5 recalled in an interview with The NFR Podcast (Transcribed by Ultimate Guitar) how he got the gig with Van Halen‘s David Lee Roth back in the 90s. The musician also recalled how it was to meet the singer for the first time.

John 5 recalls how he got the gig with David Lee Roth:

“I remember sitting on the couch. I loved Van Halen, loved David Lee Roth, and I’m going, ‘I wonder what Dave’s doing…’ So I called this number on the back of ‘Crazy From the Heat,’ I had like a promo book. It was like to his office, I didn’t know if it worked or not.”

“And I called the back of this book, and it was Ed Anderson, who was Van Halen’s security. I said, ‘Hey, my name’s John, I’d like to send some songs for you guys if you are looking for any songs.’ He was like, ‘Yeah, you can just send it to this address.’ So I sent it to the address. I can’t believe it, I just did my best Van Halen song impression, and that was the song ‘Slam Dunk!'”

“I’m like, ‘I can’t, I’ve used up every favor in the book…’ He goes, ‘Dave wants to meet you. Why don’t you come to his house? Here’s his address.’ So I drive up – boom, there’s the gate, the gate opens, there’s the Panama car, and there’s a motorcycle with horns on it. There’s Dave in overalls. ‘John, nice to meet you, great work!’

“I couldn’t believe it. It was my first time meeting David Lee Roth. I was freaking out. He goes, ‘We’re going to make a record, just like the old Van Halen days, we’re going to do everything live, great songs, we’re going to have this, that, and the other thing…’

“I was freaking out, just looking around, going, ‘Oh my god, what is happening?’ I was playing with Rob Halford at the same time, and I said, ‘Well, Mr. Roth, I’m going to be doing this tour with Rob Halford, we rehearse at noon…’

“He goes, ‘OK, well, I don’t want you tired after rehearsal,’ which was very smart. He goes, ‘I don’t want you tired, so we’re going to have a downbeat at 6 AM, we’re going to start the record. I want you fresh.’ I’m thinking, ‘I’m going to be really tired at 6 AM but alight.’ And that’s how it happened. A year later, I was like, ‘Hey Dave, why don’t you sign the book where I got your number from?’ And you can see it here [shows signature], it’s really cool.