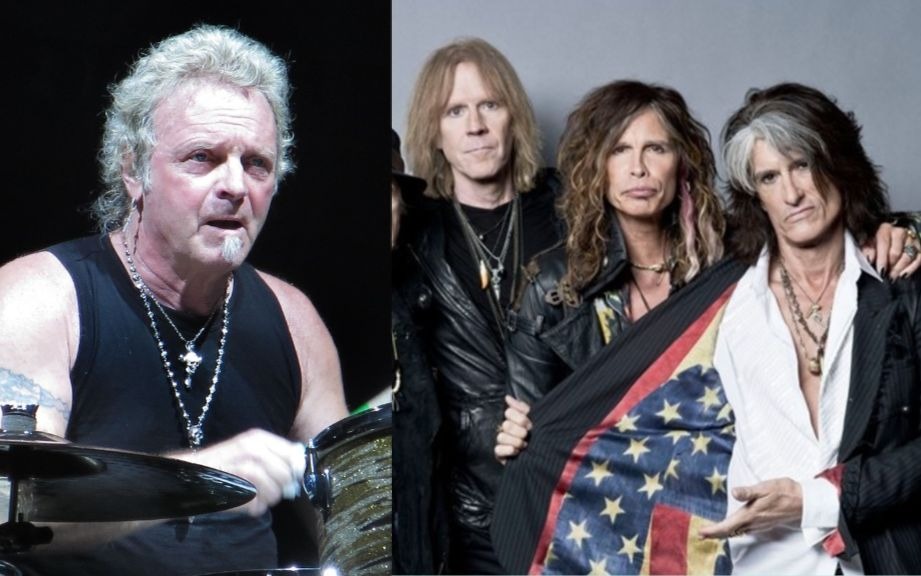 Aerosmith drummer Joey Kramer is suing his bandmates Tom Hamilton, Brad Whitford, Joe Perry and Steven Tyler for not letting him perform with the band.

TMZ reported that everything started after a shoulder injury that Kramer had in April 2019. Due to that health problem his drum tech, John Douglas replaced him on Aerosmith tour dates.

After his recovery he was required to do an audition this january by drumming with a click track to show the band members he was “able to play at an appropriate level”. Something that according to the report no other band members had to do after any illness.

After listening to the tapes, Aerosmith members said that he “did not have enough ‘energy’ in the recordings.”

Joey Kramer will not perform with Aerosmith on Grammy

As a result, the drummer will not perform with the band in the next dates. That are MusiCares Person of the Year benefit concert, the Grammys, and the next leg of the group’s Vegas residency.

TMZ also said that Kramer is being required to pay for the person that will replace him $10,000 a week for rehearsals and $20,000 a week for performances. The article also says that he has been experiencing “significant repercussions” to his health from all the stress, which led to a hospital stay in November.

He’s hoping the lawsuit will return his place back in the band and prevent “irreparable harm” to his career.

The band also said that there were given multiple opportunities for Kramer to rejoin the group. Saying: “over the last several months, but always backed out. We’re told Joey finally recorded a tape for Steven, Joe, Tom and Brad to hear earlier this month. But they didn’t feel his drumming was up to par.”

“Our sources say it’s no coincidence Joey filed the suit against the band now. They’re scheduled to play the Grammys, and Joey clearly wanted some TV time. Even though there’s conflict, we’re told the group — including Joey — is a brotherhood, and the door is still open for him to rejoin in the coming months … as long as his drumming skills return to full potential.”

Ozzy Osbourne reveals he has Parkinson’s disease
Alice Cooper, Lita Ford and Tesla will tour together
Advertisement
To Top