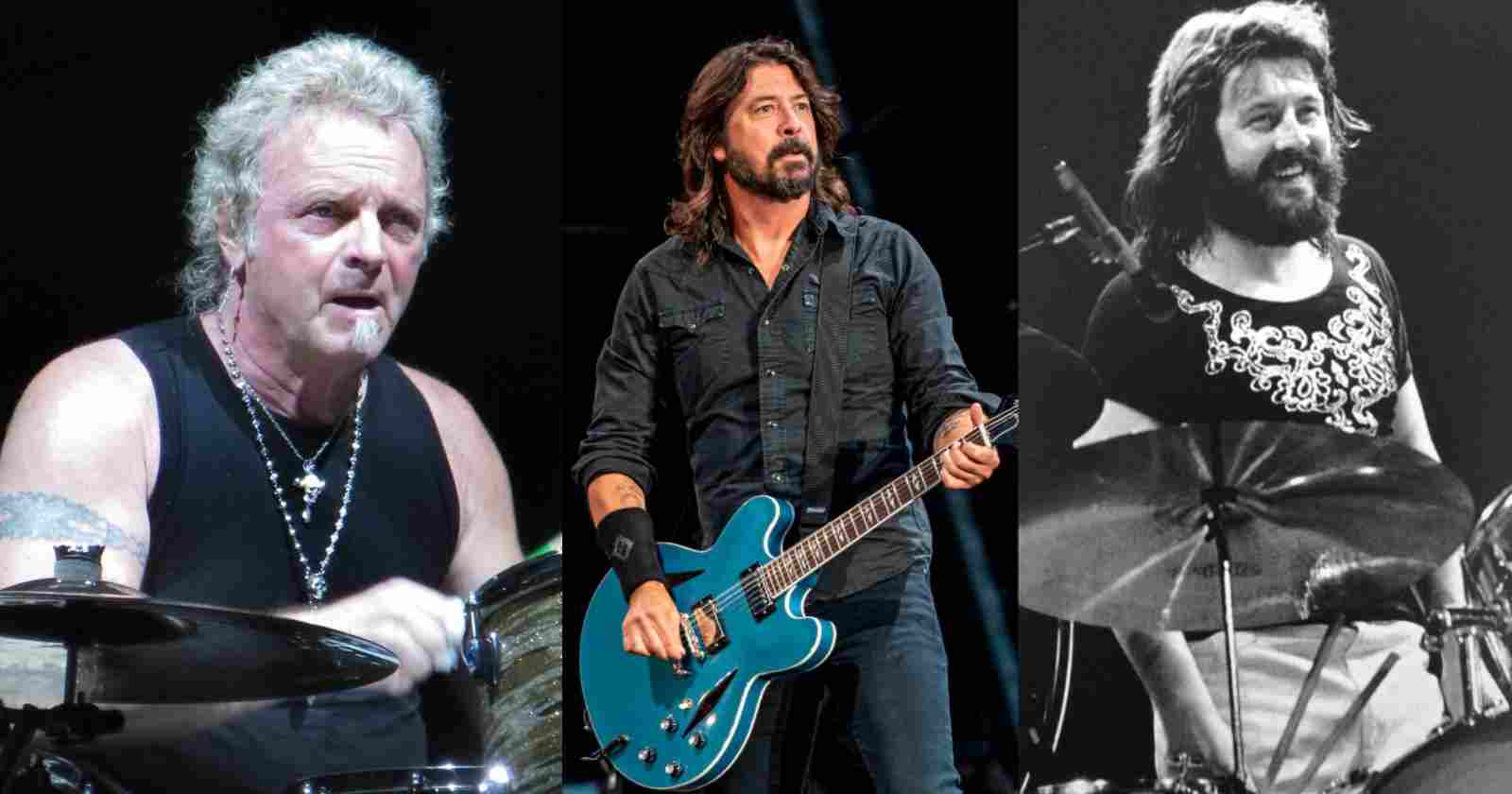 Aerosmith drummer Joey Kramer gave his opinion in an interview with the Paltrocast about Foo Fighters leader Dave Grohl, also talked about his musical influences and Led Zeppelin late drummer John Bonham. The musician praised Grohl for becoming a successful musician even after the end of Nirvana.

“I have great admiration for a guy like Dave Grohl. Who was in his band Nirvana and then took it upon himself to go and do what he’s doing now and have himself his own successful career, kudos to him. I have large respect for the guy. He’s a great drummer, he’s a great guitar player. I don’t really know him, but from what I understand, he’s a really nice guy, a great person, and that’s great.”

“And I don’t know if I have that myself, I come from the land of rhythm and blues, and I do a lot of listening. But most of the listening that I do is to that stuff. I have a very difficult time relating to certain things nowadays that’s called ‘music.'”

“As far as my influences go, when I was growing up I was listening to Mitch Mitchell, a guy named Clive Bunker who played with the original Jethro Tull and Ian Anderson, Dino Danelli, Bernard Purdie who played on any number of records that were Motown hits.

“Of course, John Bonham, and of course, the one and only Buddy Rich. John Bonham and Buddy Rich are probably the two most influential players to complete the circle with anyone. Any drummer that doesn’t know that he’s been influenced by John Bonham or Buddy Rich is just unconscious. Because these two guys, they’ve changed the face of drumming in both genres. Me included.”

“I listened to so much soul music and so much rhythm and blues. But that’s what was impressing me at the time. Then when the Zeppelin came out, I heard John Bonham play for the first time. I was just, ‘Holy shit, this is what it’s about.'”

“I took like all the soul music I was listening to, the rhythm and blues, and put that kind of a feel to it. He’s the master, and he always has been, he always will be. There’s no one on the face of the earth that plays the drums the way John Bonham did in terms of feel. I’m a feel player, and that’s what I do.”

“I’m self-taught, I’m from the street. That’s where my playing comes from. The combination of his feel and my rhythm and blues background is what I am today. Just Tower of Power and James Brown, I just love that shit, it moves me.”