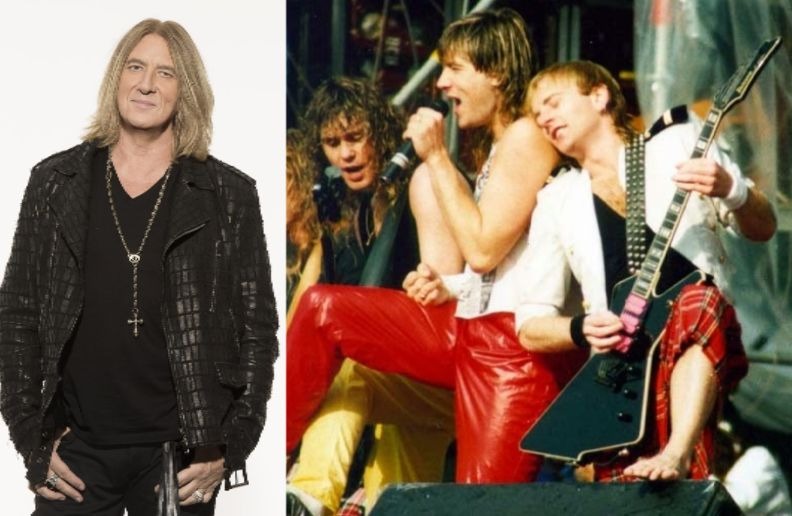 In an interview on SiriusXM, Def Leppard vocalist Joe Elliott talked about the band’s success and stated that they left a bigger mark on pop music than in rock.

“Not so much in rock, I don’t think. I think we left a bigger mark in pop. Lady Gaga, Mariah Carey, there seem to be lots of them. We did a radio show once with Pink, and she stood on the side singing every song.”

Is that weird for you as a rock band?

“No, that’s great. That’s what you want – you want to influence as many different genres as you can.

“We grew up to the pop-rock thing, we weren’t really in a position to buy albums all the time, and we didn’t have 24h FM radio, so we had three-minute pop-rock songs, that’s what we grew to.

“So to be remembered as a pop artist is what we were, it’s what we grew up listening to.”

When you did the Country Music Television Crossroads in 2008, you did it with a young woman named Taylor Swift – you did ‘Photograph’ with her. People didn’t initially hear – they wouldn’t think of Taylor Swift and ‘Pyromania,’ but clearly that record had an impact on her as a young girl.

“The harmonies that we did and some of the production, the melodies, there is a flavor of country music at that time, and I think that some of the stuff that later came, the new country was very melodic in the sense of what we always did.

“And a lot of it, [classic Leppard producer] Mutt Lange, I mean, Mutt Lange is a huge country-artist fan.”

What’s your most and least favorite music video that you’ve made?

“That is a very good question, actually. We’ve actually done two for ‘Pour Some Sugar on Me’ – the first one we did with the construction, we didn’t think it looked cool enough, it didn’t represent us.

“The second one we did was filmed live in Denver – a sold-out show, which was amazing.

“I think that the ‘Photograph’ video is a brilliant video because of the way [director] Dave Mallet over-bled the colors. MTV had, like, five videos at the time and they were all just playing in warehouses and stuff, pretty horrible, and we made this really good video.

“But then when we did a follow-up, ‘Rock of Ages,’ there are bits of that that go, ‘Oh no, the sword, please.’

“I’ll tell you a funny story, when we shot the video for ‘Foolin” – which was shot in New York or somewhere in New Jersey – we shot that and the part from the fight, when I’m going down the corridor, the explosion burned all the hair on my arms, and god does it stink when your flesh and hair gets burned.

“We spent an entire third day, just me on a freaking horse on a beach, and I can’t ride and my ass is so sore, and they didn’t use one second of it in the video…”