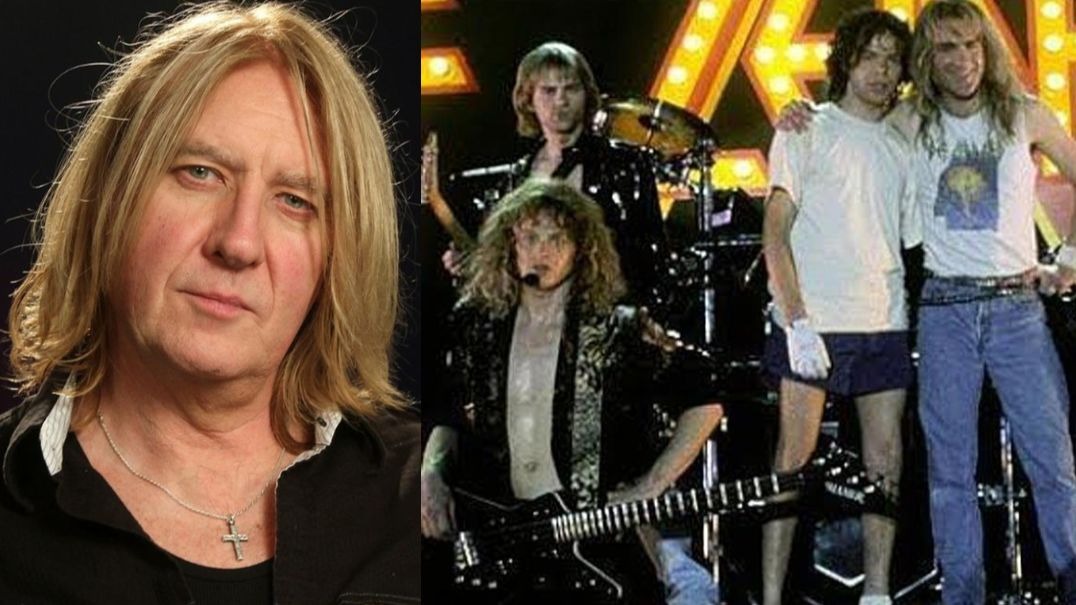 Talking about the 2001 tv movie made by VH1 about Def Leppard’s career, the lead singer Joe Elliott called the movie “the biggest pile of shit ever made.” Hysteria – The Def Leppard Story was produced by VH1 and was described as “the true story of one of the most successful pop-metal bands of the ‘80s.”

It followed the band through the firing of Pete Willis and the hiring of Phil Collen, Rick Allen’s car crash, Steve Clark’s addiction issues and the making of blockbuster album Hysteria.
However, the heavily dramatized script contained significant inaccuracies, including the suggestion that Allen was on drugs when he crashed his car, that he appeared on the band’s 1979 debut EP, that producer Mutt Lange had no part in the writing of “Pour Some Sugar on Me” and others.

Because it was filmed in Canada, the depiction of the band’s English industrial hometown of Sheffield was portrayed inaccurately. One reviewer described how it was “goof-laden” from the opening scene, even before “the bad lip-syncing, corny studio confrontations and appalling wigs had made their introductions.”

The movie also featured adjusted versions of Def Leppard tracks, including a complete re-recording of the early track “Getcha Rocks Off,” with changes made by session musicians rather than the band members themselves.

Ahead of Def Leppard’s induction into the Rock and Roll Hall of Fame last week, frontman Elliott was asked about the chances of becoming the subject of a biopic in the style of Queen’s Bohemian Rhapsody, Motley Crue’s The Dirt and Elton John’s Rocketman.

“We were subjects of a VH1 movie 20 years ago that was the biggest pile of shit ever made. “I doubt very much anybody would be really interesting in making another one. We’ll see. We’re open to anything. Somebody comes along because ‘we want to make a movie about you guys,’ why not?”

It’s possible the band’s current profile and longevity could attract the attention of filmmakers. Asked how they’d managed to secure those successes, guitarist Phil Collen explained that “it’s because we have this integrity. We never stopped actually in the 40-odd years that the band’s together, we just keep going through thick and thin, all the bad stuff, good stuff.
“And to be quite honest, a lot of other bands don’t put the effort in,” he continued.

“I’ve got to say we’re really bad-ass. We actually just improve all the time, and that’s because we are consistent and we love what we’re doing. The songs are great, we craft and we spend a lot of time. We used to get a lot of flak and shit for doing [that] and spending so long. But the reason we did that is so that we are here now.”

Collen also confirmed that the band was putting a new album together. “We’re constantly working,” he said.