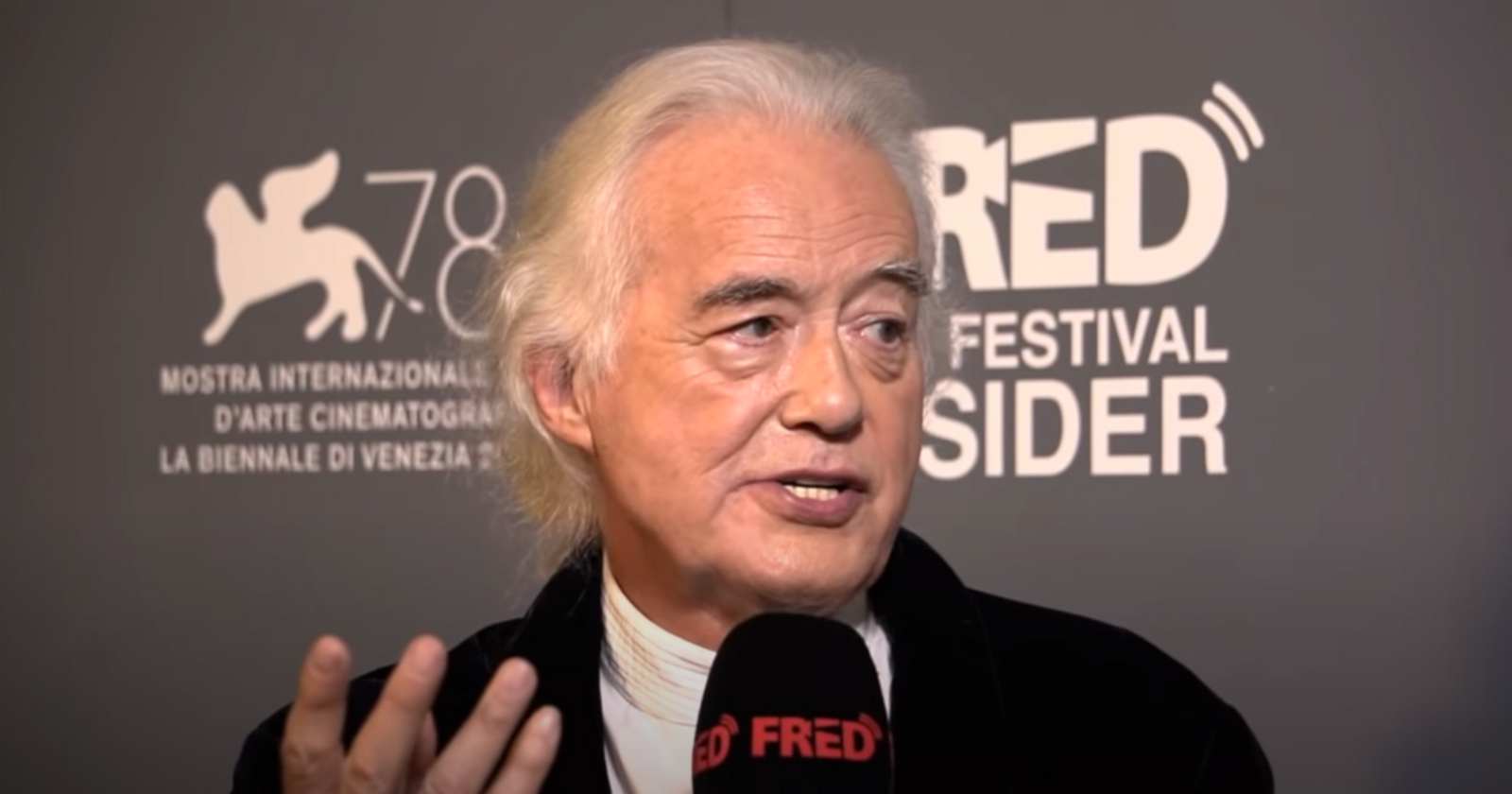 The first authorized Led Zeppelin documentary “Becoming Led Zeppelin” premiered at the 2021 Venice Film Festival and guitarist Jimmy Page was the member of the band who was present in the the ceremony. In an interview with Variety, Page explained why the group refused documentary offers in the past and talked about the movie.

“(We received other offers in the past) but they’d been pretty miserable. Yes. Miserable and also to the point where they’d want to be concentrating on anything but the music, and consequently I would recoil immediately from that sort of thing.”

The guitarist went on to explain why “Becoming Led Zeppelin” directed by Bernard MacMahon is different: “It’s everything about the music and what would make the music tick. And it’s complete versions of song, not just a little sample and then talking heads. This is something in a totally different genre.”

Reflecting the reason why the band was successful, Page said that the stars “literally aligned” when they got together. “You can see [we] have different careers and ways of approaching things, but when you come together, there’s an explosion that doesn’t stop. The fact that the first album comes out in January 1970 but the second album [also comes out] in 1970, so with all the touring between America and England and all the recording of bits of footage here and there, the momentum was absolutely— I was going a million miles an hour. That’s what they’ve managed to capture.”

Talking about the director Bernard MacMahon, Page said: “I guess when we first met, we were a bit nervous with each other, but the conduit was the storyboard. And, for me, because it was so accurate and researched, so deep. I thought, They’ve really done it. They really understand what it was about. I just couldn’t wait to see whether it was all going to happen, and it did, and it was a wonderful experience to do. And it’s absolutely true and faithful to the storyboard as you see it on the screen.”

During the same interview, Page talked about the death of The Rolling Stones drummer Charlie Watts and also Zeppelin’s drummer John Bonham:

“I love the Stones, I gotta tell you that. I loved Charlie’s playing and the way he locked in with Bill and Keith. But what was different with Led Zeppelin and most other bands is we would go on the stage and it would be improvising all the way through the set. So from [1968] when you start all the way through to losing John Bonham, a lot of improvising and riffs would just come up [on stage]. When we lost John it was inconceivable [to continue playing]. What were you going to do, lose the improvising? It was an easy decision. “The thing about John is that he is living in this film,”