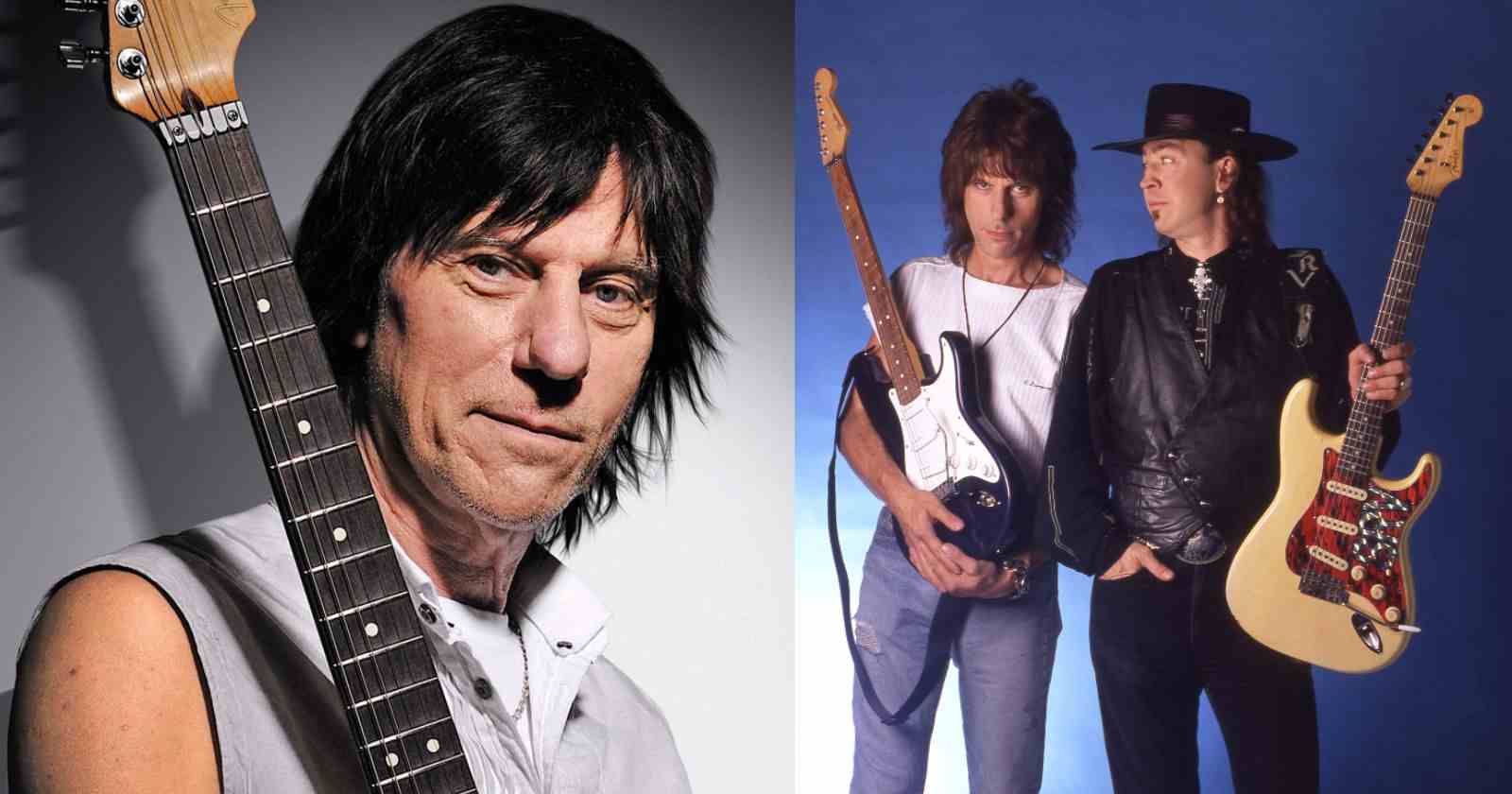 “I met him at a CBS convention in Hawaii in 1981. He was a little worse for wear. He was eating KFC out of a box and then ate the box as well. We went on the road together in ’89. He’d got a beautiful new girlfriend and he was as straight as a die.”

“We were on the road for about three months. And then the tragic story was when he went in that helicopter he didn’t want to get on it. The people around him talked him into it by saying: “Look Eric [Clapton] has just got on one.” So off he went and never came back. I think Stevie Ray was the closest thing to Hendrix when it came to playing the blues.”

The Fire Meets the Fury Tour happened back in 1989 and was co-headlined by Stevie Ray Vaughan and Jeff Beck. Epic Records paired the two guitarists together for a 29-day concert tour starting in Minneapolis, Minnesota. This tour was the third leg of the Stevie Ray Vaughan and Double Trouble In Step Tour. In addition to being one of the highest-grossing concert tours of 1989, The Fire Meets the Fury Tour won the Pollstar magazine award for most creative tour package of the year.

He then formed his own group Triple Threat Revue, but he renamed them Double Trouble after hiring drummer Chris Layton and bassist Tommy Shannon. He gained fame after his performance at the Montreux Jazz Festival in 1982, and his debut studio album Texas Flood charted at number 38 in 1983, a commercially successful release that sold over half a million copies. Vaughan headlined concert tours with Jeff Beck in 1989 and Joe Cocker in 1990.