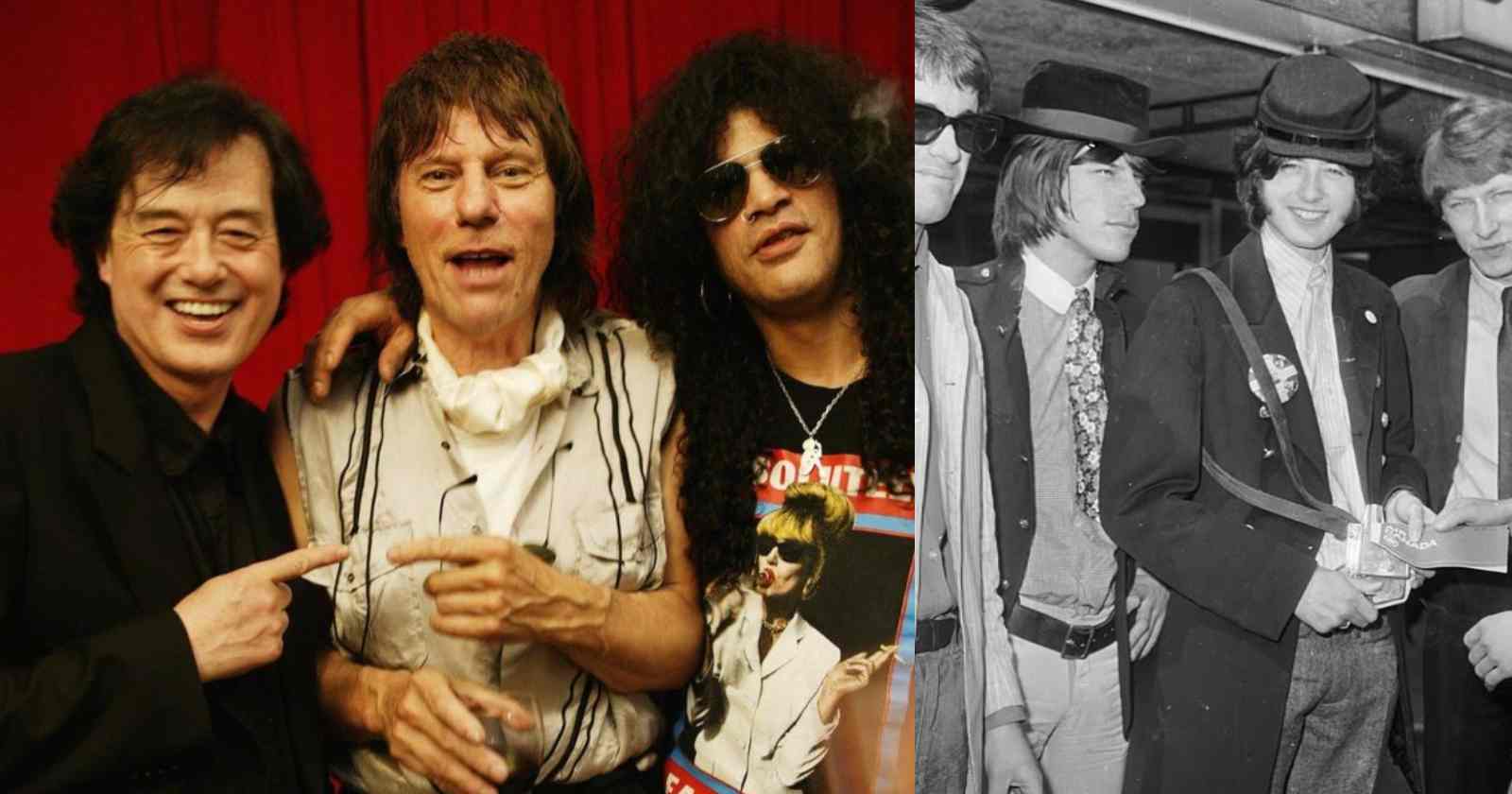 Guitarist Jeff Beck talked in an interview with Classic Rock magazine about the legendary Led Zeppelin guitarist Jimmy Page. The musician said that his sister was the responsible to connect the two.

“My sister knew Jimmy from Epsom Art School. She came to my room one day and said: “There’s a weirdo at school, he’s got a weird guitar like yours,” and then slammed the door. I ran after her saying: “Where is he?” She said, ‘I’ll take you over there because I’d like to see him play. I don’t believe he can play.”

“We went over there, he opened the door and we got tea and cake. We visited regularly from then on. His mum had bought him a really good quality tape recorder, so we’d record there. I don’t know where those tapes are now but there’s some rare stuff on them.”

“When I first heard what he’d done with Led Zeppelin I thought: “That’s a little bit more than inspired by the [Beck’s] Truth album.” When I finally got over that I realised I needed more than I had. I needed a frontman with girly appeal. Plant certainly had that in abundance – the bare chest, golden locks and all that. We [the Jeff Beck Group] had Rod Stewart [laughs].”

In an interview with Music Radar back in 2014 Jimmy Page talked about his friendship with Jeff Beck, saying:

“It was really good, great. I don’t know how old he says we were when we met, I think he reduces the years to almost 11. His memory’s bloody good, I’ll tell you that much. You know that by his guitar playing: he’s got a photographic memory.”

“I met Jeff when we both had homemade guitars, so we go back that far, when we’re seeing who’s got the closest version of My Babe by James Burton. Just two kids really enthusiastic and passionate about music and guitar playing.”