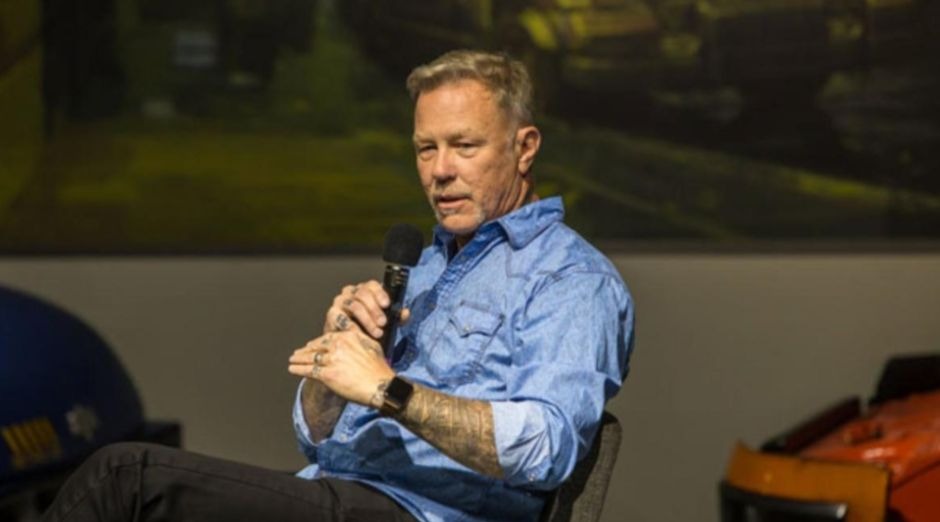 Legendary Metallica Frontman, James Hetfield revealed back in 2004 for Rolling Stone his 10 favorite songs of all time, explaining why he chose each one of them

James Hetfield 10 favorite songs of all time are:

“Nothing tops this workingman’s ballad. ‘Free Bird’ fit my life for the first 20 years on the road — not really getting too attached to stuff, living life for the moment and moving on.”

“When I first got a guitar, I figured out the first couple of fingerings to this, and I ran around the house saying, ‘Check it out — I can play this!’ My family was like, ‘Where’s the rest of the song?'”

“I remember seeing that video of him jumping around behind bars with all his buddies. It encapsulates rebellion, which is really just misguided creativity.”

The Who “Behind Blue Eyes”

“This song had all that teen angst bubbling under it. It’s about asking for help but not really wanting it. Reminds me a lot of me.”

Elton John “Candle in the Wind”

“‘Saturday Night’s All Right For Fighting’ was more my style, but few songs can top this melody.”

“I got on a BEACH BOYS kick again about six months ago. I gew up in Southern California; to me, this songs speaks to a higher power.”

“It instantly connected with me. It makes you think, but not too gard.”

“This song scared the shit out of me. It’s beyond heavy.”

“When all that Eighthies hair metal was getting overproduced, NIRVANA came along with this thrashy garage sound and a huge hook. It was what music needed.”

Thin Lizzy “The Boys Are Back In Town”

“Phil Lynott was never afraid to write from the heart, even if it was a little corny. THIN LIZY inspired a lot of METALLICA’s guitar harmonies.”

He was raised in a traditional American family, strict followers of Christian Science, whose values ​​began to be questioned by him during his adolescence, which created several conflicts with his father, Virgil Hetfield, who was a truck driver. James would return to the faith only in the mid-1990s. His mother, Cynthia, had been a lyric singer as a young man, and helped James with his first steps in music when he was a child. Virgil left home when James was thirteen (1977) and never came back. James returned to contact his father only after the release of the Black Album, but said in an interview that he found his father’s behavior inappropriate, as he only sought him out to sign certain ‘papers’.