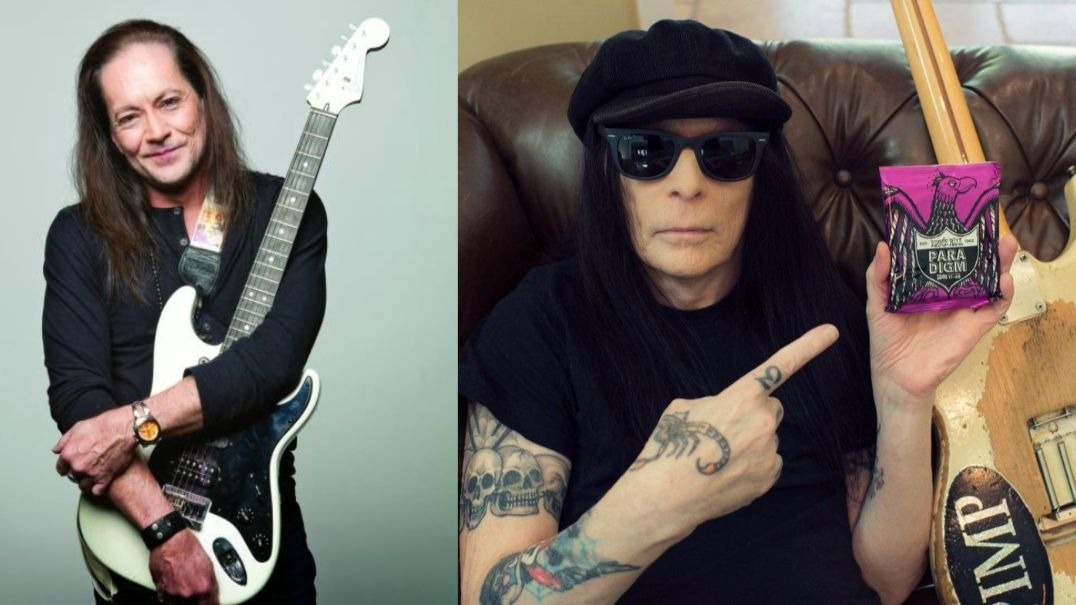 In an interview on Tone Talk, ex-Ozzy guitarist Jake E. Lee stated that Mötley Crüe bassist Nikki Sixx and drummer Tommy Lee wanted him to replace Mick Mars on the band in the beggining of the 80s because he was a better guitar player and more good looking.

Jake said it all happened after his brief 1981 passage in Ratt, which would be around two years before he joined Osbourne’s group.

“I quit Ratt [in 1981]. I had nothing going on. I was going to Motley’s fucking gigs… Nikki and Tommy wanted me in the band. They actually wanted me to replace Mick – which you can understand that.

“[I was] fucking better looking and fucking better playing. They wanted me to replace Mick. Mick’s in-law or whatever was funding the band, so that didn’t happen.

“So, anyway, it kind of started with that. ‘Cause there was that thing going. Whether somebody denies it or not, that’s what started the rift between me and Mick.”

Focusing on how Motley Crue ended up touring with Ozzy when he joined the band, Jake added:

“I’m not saying I had a big deal to do with it, but I remember Sharon saying, ‘This Motley Crue. What do you think about [them] opening?’ I said, ‘Fucking Motley Crue. I think they’re gonna be the next big deal.’ So Motley Crue is opening for us now.

“At at one point, I’m out partying with – I think it was Tommy… it might have been Vince [Neil] – who knows? Whoever Mick’s roommate was. We go back to the room, and Mick’s in his pajamas and he’s very upset with us.

“It was with Ratt too – I remember Robbin [Crosby] was there, Stephen [Pearcy] was there. Mick, being the old man, as everybody joked about [him], he made a complaint. I’m not sure what I said.

“I think just called him ‘the old man’ and [told him to] shut up. And he did look over at me and said, ‘At least I’m not a slant-eyed Japanese bastard.’ And I did not like that – did not like it.

“I hadn’t heard it, actually, since I was in grade school – the whole ‘slant-eyed Japanese’ thing. And it pissed me off. I walked over. I was gonna beat the fuck out of him.

“And it was Robbin Crosby, who was six-five, he came up to me, picked me and said, ‘C’mon, Jake. None of that shit matters.’ And he carried me out of the room.”

Jake added that he and Mars “made up after that,” pointing out that he didn’t believe Mick was “so much racist as he [just wanted to] attack me ’cause I was younger, better looking and I was a better guitarist.”

Asked on what he thinks Crue would sound like had he replaced Mars, Lee replied:

“It’s an interesting [thought]. What would Motley Crue have been if I was the guitar player? I’m not even necessarily saying it would be better. Nothing against Mick.

“[He had] great tone, fucking good rhythm. [He] probably was what they needed to be big. They wouldn’t have been as big with me. Musically, they might have been better.”