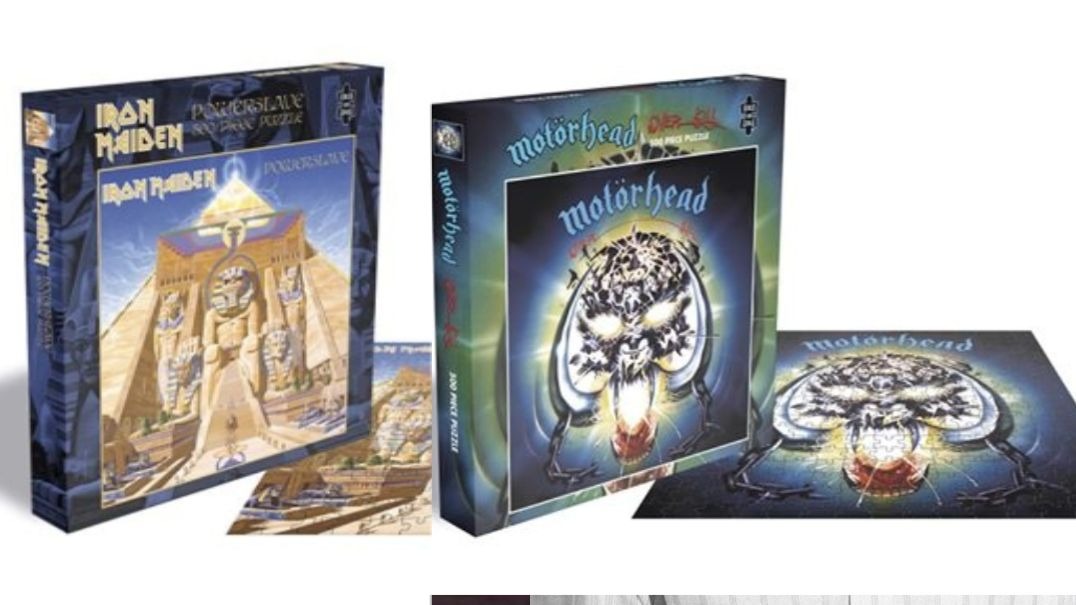 The British company Zee Productions has announced that it will launch a series of unique jigsaw puzzles of major heavy metal bands.

Each puzzle will have 500 pieces and will allow fans to recreate classic covers of the genre. Iron Maiden’s “Number of the Beast”, “Powerslave” and “Somewhere in Time” will win their own game while Slayer will feature “Reign in Blood”, “Seasons in the Abyss” and “South Of Heaven”.

“Painkiller”, “Defenders of the Faith” and “Ram It Down” by Judas Priest and “Bomber”, “Overkill” and “Orgasmatron” by Motorhead will also be in the series that will be released on May 31st.

See all the puzzles here. 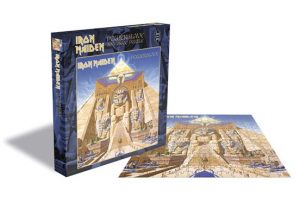 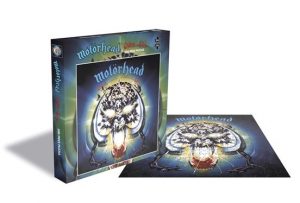 A jigsaw puzzle is a tiling puzzle that requires the assembly of often oddly shaped interlocking and tessellating pieces. Each piece usually has a small part of a picture on it; when complete, a jigsaw puzzle produces a complete picture. In some cases, more advanced types have appeared on the market, such as spherical jigsaws and puzzles showing optical illusions.

Jigsaw puzzles were originally created by painting a picture on a flat, rectangular piece of wood, and then cutting that picture into small pieces with a jigsaw, hence the name. John Spilsbury, a London cartographer and engraver, is credited with commercializing jigsaw puzzles around 1760. Jigsaw puzzles have since come to be made primarily of cardboard.

Typical images found on jigsaw puzzles include scenes from nature, buildings, and repetitive designs. Castles and mountains are two traditional subjects. However, any kind of picture can be used to make a jigsaw puzzle; some companies offer to turn personal photographs into puzzles. Completed puzzles can also be attached to a backing with adhesive to be used as artwork.

During recent years, a range of jigsaw puzzle accessories including boards, cases, frames, and roll-up mats has become available that are designed to assist jigsaw puzzle enthusiasts.