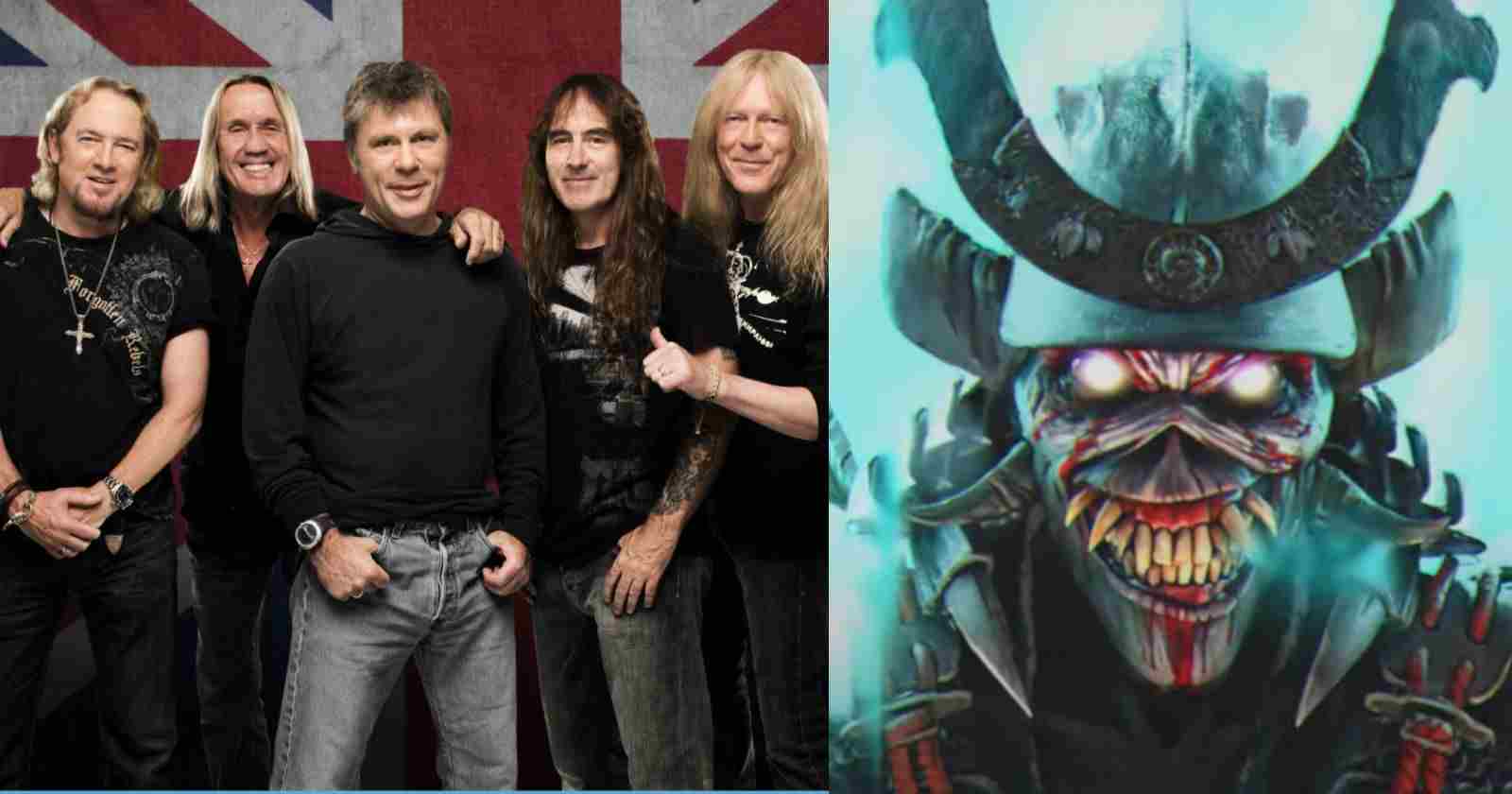 Iron Maiden released “The Writing On The Wall” the first song of their new album “Belshazzar’s Feast”. The song was released with an official animation video that had the story written by Bruce Dickinson and was produced by Steve Harris. The song lyrics are credited to Adrian Smith and Bruce.

Hear the new Iron Maiden song “The Writing On The Wall”:

Bruce Dickinson initially had a concept for the video which came to fruition in collaboration with two Award-winning former Pixar executives and long-standing Maiden fans Mark Andrews & Andrew Gordon. With partners lining up to get involved with the project they chose BlinkInk, a London based animation studio.

In BlinkInk director Nicos Livesey, another long-time Maiden fan & kindred spirit, they found a man who shared the collective vision for the track – resulting in the final film which features the very first glimpse of a stunning new incarnation of Eddie.

“I had a pretty clear idea of the concept to accompany the song and when I met Mark and Andrew, on Zoom, it quickly became clear we were all very much on the same wavelength, and this was reinforced with the addition of Nicos and his young BlinkInk team. Our weekly team Zoom meetings were then usually both highly creative and a lot of fun!”

“I’m very proud of the way the video turned out, it’s more like a mini-film really. I knew it was going to work out as soon as Mark brought my treatment to life with his incredible storyboards – I thought we could make something very special together. I think we did and hope our fans will agree. In fact it it’s pretty much created by Maiden fans!!”

Director, Nicos Livesey takes up the story: “We quickly found the expertise we wanted, and people were literally throwing themselves at me to work on a Maiden video – we had more than 60 people in 13 countries from Brazil to France, & Romania to the USA to add something to the clip and I’d say their love, passion and understanding of the band shines through every frame.”

“The Writing On The Wall” lyrics

Across a painted desert lies a train of vagabonds
All that’s left of what we were it’s what we have become
Once our empires glorious. But now the empire’s gone
The dead gave us the time to live and now our time is done

Holding on to jury is that all we ever know
Ignorance our judge and jury all we’ve got to show
From Hollywood to Babylon ~ holy war to kingdom come
On a trail of dust and ashes ~ when the burning sky is done
A tide of change is coming and that is what you fear
The earthquake is a coming. But you don’t want to hear
You’re just too blind to see