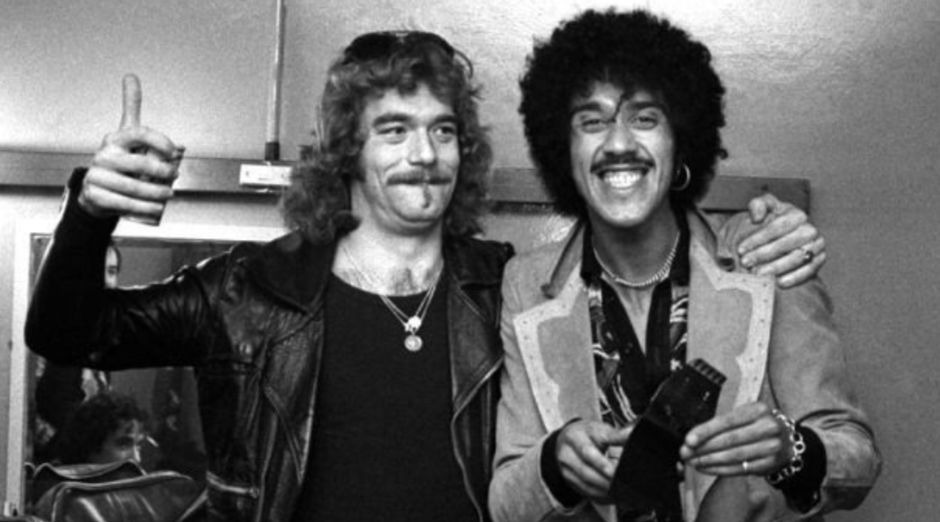 In an questions and answers event in New York, Huey Lewis revealed that Thin Lizzy’s legendary bassist and vocalist Phil Lynott was his mentor at the beginning of his career.

Lewis was born in United States but moved to United Kingdom with his old band Clover searching for success. But he landed there at the moment that punk rock was exploding.

“Punk was a huge inspiration to me. [Clover] spent all our time grooming for the record labels. Punk blew that up. I thought, ‘How liberating – I want to do that, but with the music I like!”

The first time he met Lynott was when Clover was opening for Thin Lizzy. And during all their performance the crowd was shouting for Lizzy.

“It was awful. Phil was standing there [when we came off], and he said, ‘Let me help you.’ He critiqued the music. ‘You gotta go after them.’”

After that they became friends and Lewis was even involved in Lynott’s solo albums.

“He became my mentor. We would go down to the King’s Road. And was an amazing guy. He was the best hard-rock performer of his time.”

Phil Lynott was definitely one of the greatest frontmans of all time that left us too soon in January 4, 1986 at 36. Thin Lizzy’s bassist and singer made a huge success with the band from 1969 to 1983, releasing 12 amazing albums that gave us classics such as “The Boys Are Back In Town”, “Cowboy Song”, “Whiskey In The Jar”, “Jailbreak” and many more.