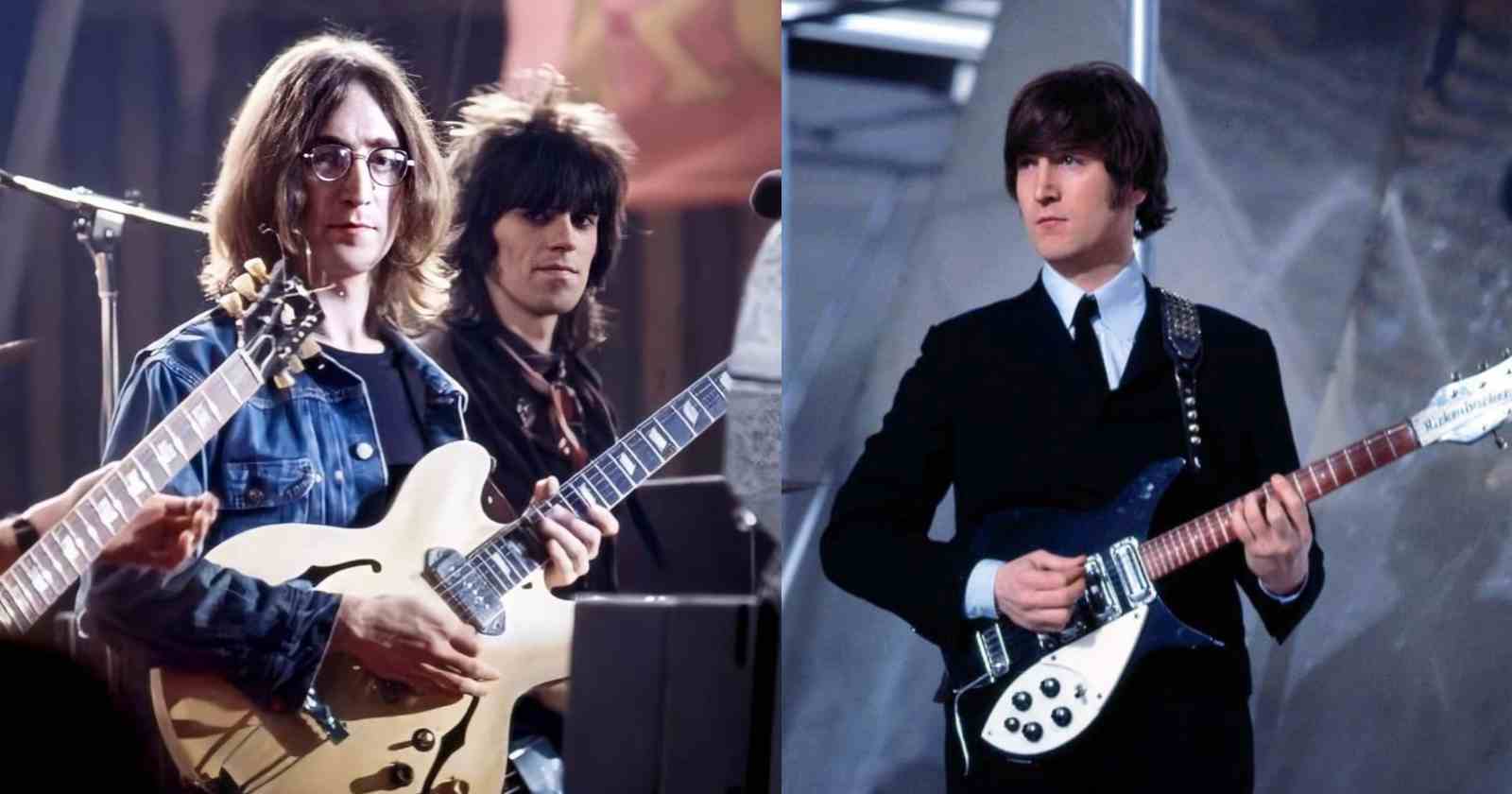 The John Lennon and Paul McCartney songwriting partnership is probably the most famous one in the history of modern music. But Lennon also wrote many Beatles songs on his own and proved his ability to create many incredible tracks during his solo career. An influence to millions of musicians worldwide the late guitarist and singer explained in an interview with Spin Magazine back in 1975 how was his music composition process.

In the same conversation he also gave his opinion on the Elton John and Bernie Taupin songwriting partnership, saying it is wonderful but he could never worked as they did because he was “too egocentric to use other people’s words”.

John Lennon explained how was his music composition process:

“I just scribble on a bit of paper, you know. And then leave it in a sort of pile. And when it begins to be more interesting, I venture on to the typewriter and type it out. And the typewriter adds things, too. I change it as I type it. It’s usually the third draft when I get to the typewriter.”

“Depending on how easy it came. If it just all came it’s just like ‘write it and type it.’ But if it’s a general song, I’ll type it a few more times. But the final version is never until we’ve recorded it. I always change a word or two, at the last minute.”

The musician continued saying that it was usually better to have the lyrics first and then the music. “The music is sort of easy. I sometimes envy Elton John. Bernie Taupin sends him a big stack of words, and he writes all the songs in five days. I could do that. But I am too egocentric to use other people’s words. That’s the problem. So it’s my own fault. I still like black music, disco music … ‘Shame, Shame, Shame’ or ‘Rock Your Baby,’ I’d give my eyetooth to have written that.”

“But I never could. I am too literal to write ‘Rock Your Baby.’ I wish I could. I’m too intellectual, even though I’m not really an intellectual. I feel as though I am a writer, really. And the music is easy. The music is just all over the place.”

Born in Liverpool, England back in 1940, John Lennon also achieved commercial success after The Beatles in his solo career that lasted 10 years, until his assassination in 1980 at the age of 40.