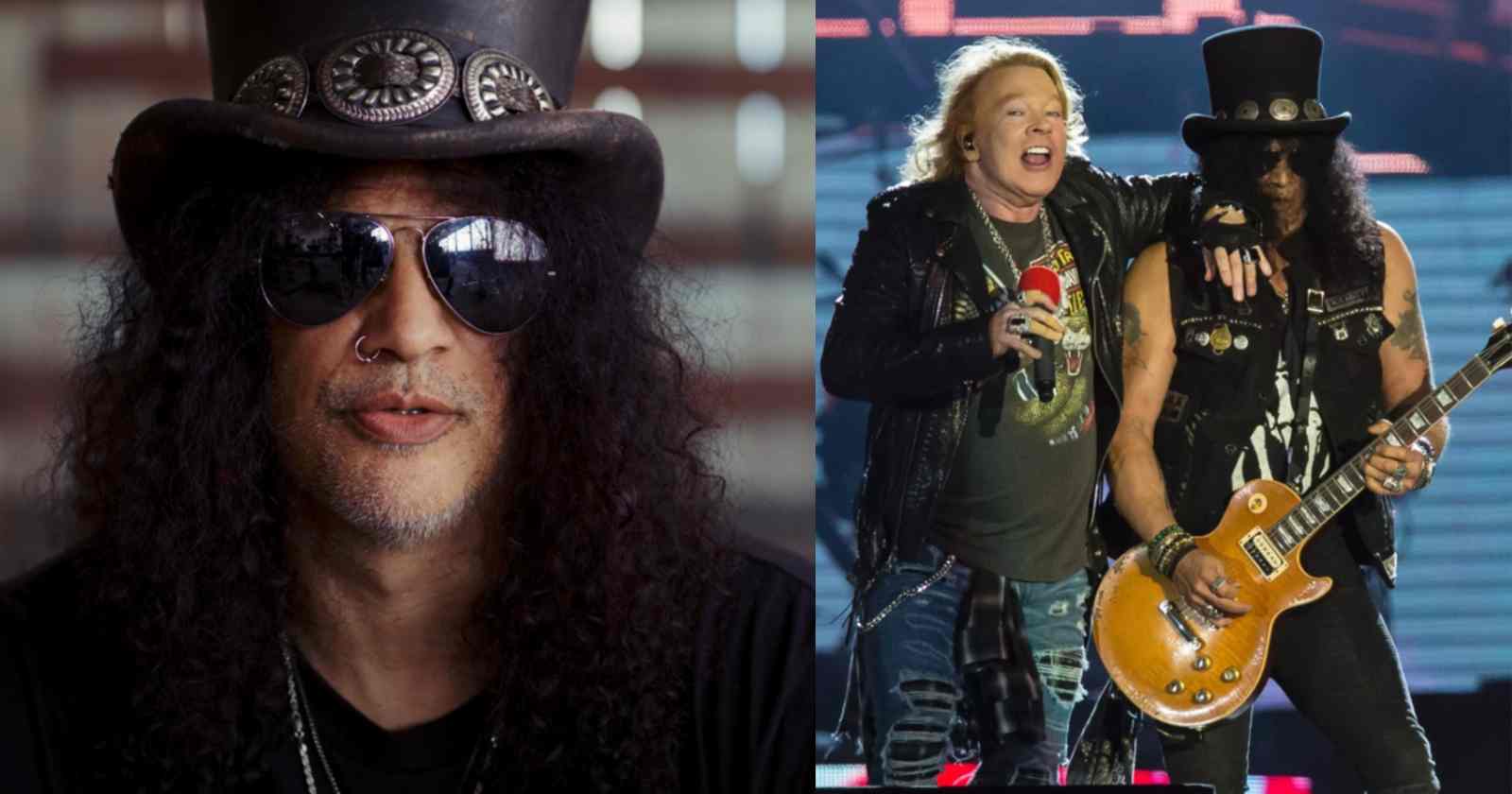 Released on Guns N’ Roses debut album “Appetite for Destruction” (1987), the ballad “Sweet Child o’ Mine” became the most famous song of the group and reached a much bigger audience than the one the band had with their Hard Rock sound. Until this day, it continues to be the band’s only United States number-one single. In an radio interview, made available by Raised On Radio back in 2018 (Transcribed by Rock and Roll Garage), the band’s guitarist Slash, recalled how he created the guitar riff and how the band wrote the rest of the track.

How “Sweet Child O’ Mine” riff was composed according to Slash

“All of us were living in this one house. It was completely a shell of a house. We parted this house on the ground. We were sitting on the floor in the living room because we didn’t have any furniture. I was playing this riff and Izzy started playing some chord changes behind it and that’s were started. Then Axl was in the house and he was listening from upstair. So a couple days later we had a pre-production rehearsal and we’re playing.”

“Between song at one point Axl said: ‘Hey, play that thing you guys were playing the other day. All of a sudden we realized he had written a whole thing of lyrics for that basic idea and off it went. Guns N’ Roses was a pretty harcord, gritty Rock and Roll band.”

“That was an up tempo ballad and in the set. It just didn’t sit well with me, you know. It’s like, here we are doing ‘Welcome To The Jungle’, ‘Paradise City’, ‘It’s So Easy’ and then came this sort of ballad thing. When you know, it turned out to be the biggest song we ever did (laughs),” Slash said.

Considered one of the best debut albums of all time, “Appetite for Destruction” also had other classic tracks like: “Welcome to the Jungle”, “It’s So Easy”, “Nightrain”, “Paradise City” and “Rocket Queen”.

Even though the band had released only 6 studio albums over the decades they are one of the best-selling groups of all time. They have sold an estimated amount of 100 milion records worldwide. 30 million copies are only from their debut.