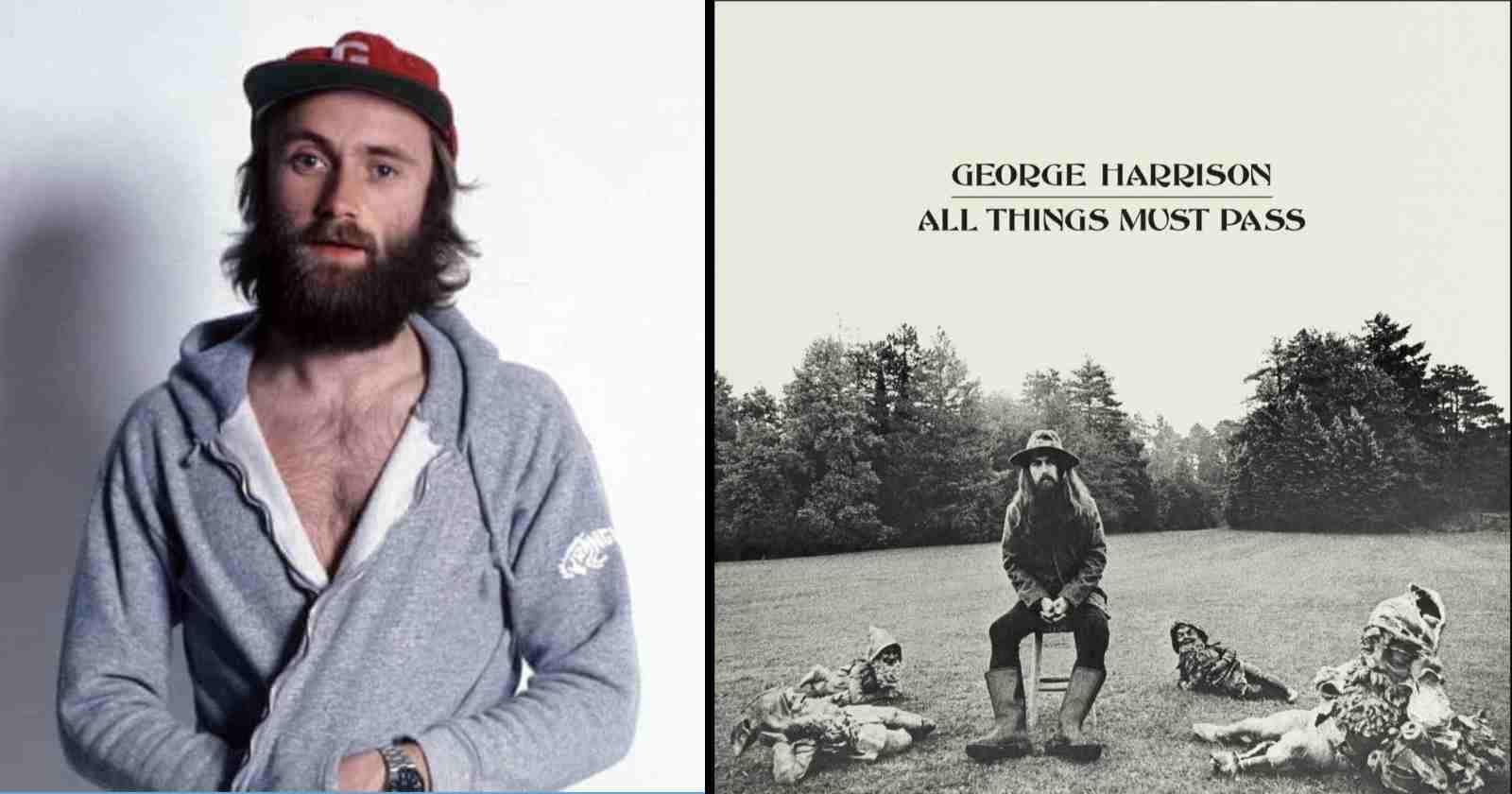 Phil Collins went from being Genesis drummer, to the band’s singer and then a popstar in his solo career. In the middle of the success he also managed to play with many other great artists. But before he achieved fame with the Progressive Rock group, he had the chance to play with George Harrison on his solo debut album “All Things Must Pass” (1970). However, his playing didn’t make it to the final cut of the record.

In an interview with Classic Rock magazine back in 2019, Phil Collins recalled how he ended up playing on the album. The drummer was still a member of Flaming Youth and the manager of the band received a call from Ringo Starr’s chauffeur, who said they needed a percussionist and the manager suggested Collins. “I went down to Abbey Road and Harrison was there and Ringo and Billy Preston and Klaus Voormann and Phil Spector. We started routining the song. No one told me what to play. Every time they started the song, Phil Spector would say: ‘Let’s hear guitar and drums,’ or ‘Let’s hear bass and drums.’ I’m not a conga player. So my hands are starting to bleed. I’m cadging cigarettes off Ringo. I don’t even smoke. I just felt nervous.”

“Anyway, after about two hours of this, Phil Spector says: ‘Okay congas, you play this time.’ I’d had my mic off. So everybody laughed. But my hands were shot. Just after that they all disappeared.  Someone said they were watching TV or something. I was told I could go.”

“A few months later I buy the album from my local record shop, look at the sleeve notes and I’m not there. And I’m thinking: ‘There must be some mistake!’ But it’s a different version of the song, and I’m not on it.”

Years later he talked with George Harrison about it

In the same conversation the musician recalled that years later, he bough the house of the formed Formula 1 driver Jackie Stewart, who was a friend of George Harrison. Stewart told Phil Collins that Harrison was remixing “All Things Must Pass” and the two talk about his experience of “playing” on that record. Two days later, the Genesis frontman and drummer receveid a tape delivered from George Harrison with a note that said “Could This Be You?”

Collins then said that he heard and instantly recognized his playing on the record and realized it was awful. Jackie Stewart then managed to connect the two musicians on the telephone and Collins told Harrrison that he now had realized he had been fired by a Beatle and the guitarist replied: “Don’t worry, it was a piss-take. I got Ray Cooper to play really badly and we dubbed it on. Thought you’d like it!”.

The most famous album released by George Harrison, “All Things Must Pass” showed how much talent the musician had and was overshadowed by the songwriting dominance of John Lennon and Paul McCartney in The Beatles. The record had classic songs like the title-track, “My Sweet Lord”, “Beware Of Darkness”, “Wah-Wah”, “What Is Life”, “Isn’t It a Pity”, “Run Of The Mill” and “Awaiting On You All”.

Many famous musicians at the time and others who would become famous in the next years were part of the recording sessions. Some of them were: Ringo Starr, Gary Wright, Eric Clapton, Klaus Voorman, Billy Preston, Alan White, Pete Ham, Peter Frampton, Gary Brooker and Ginger Baker.