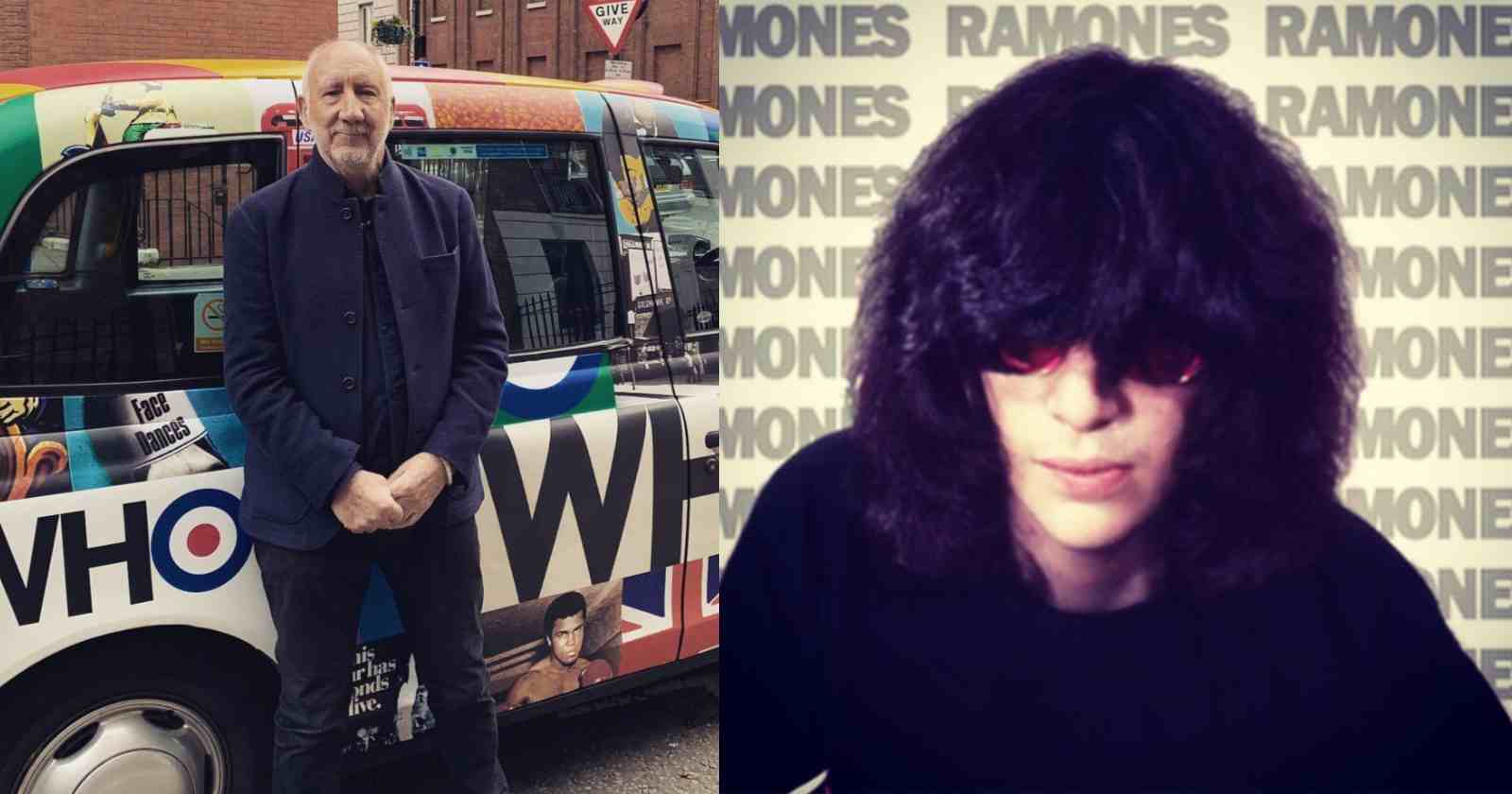 Unlike many other legendary Rock and Roll guitarist, The Who guitar player and main lyricist Pete Townshend liked Punk Rock music and even said that he embraced the new genre when it first appeared, but later found out that most of those bands didn’t really liked him. However, The Ramones members were big fans of his work and even covered Who’s “Substitute” on their 1993 album “Acid Eaters”. It turns out that Townshend himself went to see the band when they were doing their version and he had the chance to sing the backing vocals of the track.

The late Ramones vocalist Joey Ramone even recalled that experience in an interview with Rolling Stone back in 1994.

How Pete Townshend sang on The Ramones version for “Substitute” according to Joey Ramone:

“For ‘Substitute,’ Pete Townshend came down and sang background vocals, which was a real highlight for me, because I was always a big Who fan from the first time they came to America, and Townshend had always been kind of an unseen mentor for me. He was in town doing finetuning on [the stage play] Tommy, and when he heard we were doing the song, he came down, heard the track and got all excited. He did a great job, he was really into it. I was very nervous, because the day he came down was the day I was laying down my lead vocal for the song. I had never met him before.”

In the same interview, Joey Ramone recalled that although it was the first time he met Townshend, it wasn’t the first Who member he encountered since he had met Roger Daltrey in 1980. The musician recalled that his meeting with the British vocalist was during the Top Of The Pops show and that Daltrey didn’t seemed to understand what the Ramones really were about.

According to Joey, Daltrey said to him: “’You guys will never make it if you wear leather jackets; you’ll only make it if you wear suits and ties’. I think this was around the time the Knack were so popular, and this probably confused him. Coming from him, the singer for one of the first really rebellious rock bands, I didn’t know what to think. I didn’t know if he was kidding or what. But I don’t think he was, you know?”

The last Ramones album before their final record, “Acid Eaters” was their only work that had only covers. The group picked songs by their favorite artists from the 60s like Rolling Stones, Jefferson Airplane, Bob Dylan and Creedence Clearwater Revival.

The Ramones were inducted into the Rock and Roll Hall Of Fame back in 2002 by Pearl Jam’s Eddie Vedder, who said in his speech that for the Seattle community, The Ramones were their Beatles. The induction happened one year after the band’s vocalist Joey Ramone died at the age of 49, victim of lymphatic cancer.