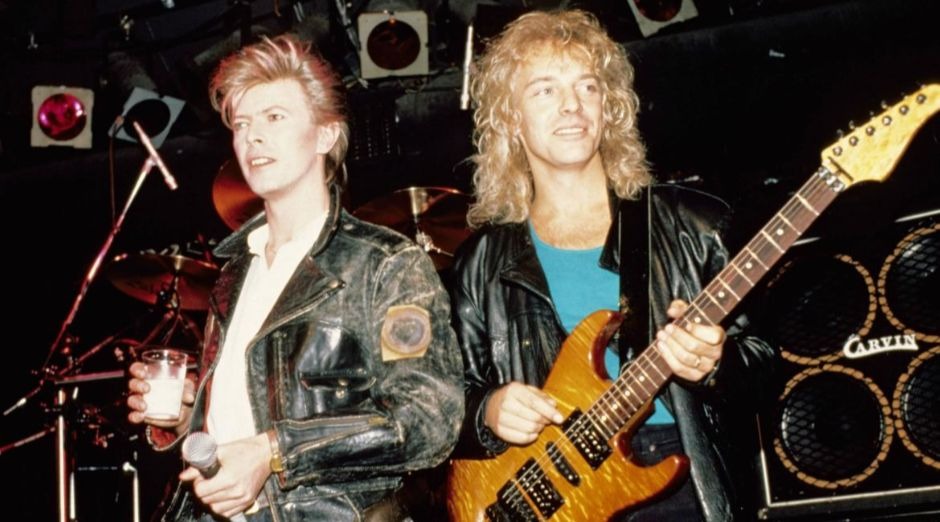 Guitarist Peter Frampton revealed that David Bowie once saved his life in an airplane. The musician told the story in an interview with The Mirror, while talking about his upcoming biography “Do You Feel like I Do?”.

Frampton played on Bowie’s 1987 album Never Let Me Down and sang and played on the accompanying Glass Spider Tour. Was during this series of concerts that the incident occurred.

“On that tour we had private planes, and on one flight smoke started coming out of the vents. Dave stands up and goes, ‘Smoke! Smoke!’ So the pilot stops and the flight attendant pulls the back stairway down.

“I’m in my seat and Dave literally lifts me out of my seat and carries me down the chute. I’ll never forget that. He coulda run out, but he wanted to make sure I was OK. That was the kind of guy he was with me, and in general. He was a lovely man.”

They were friends since childhood 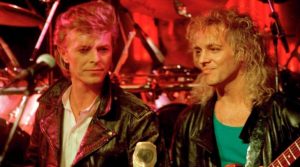 The two first met at school in Bomley, London. Peter’s dad was a teacher and since then they were great friends. Frampton said that this tour saved his financial life back then. Altough he had a hit record that was Frampton Comes Alive, he was broke.

“David saw I’d become this fallen pop idol. So what could he do for me? Take me around the world and reintroduce me as a musician.”

He revealed recently that he will have to retire due to a muscle disease called inclusion body myositis. A condition that causes muscles to stop functioning. Being well aware of the diagnosis, and that it is very probable for the disease to spread to his hands and fingers, Therefore, Frampton has announced a farewell tour.