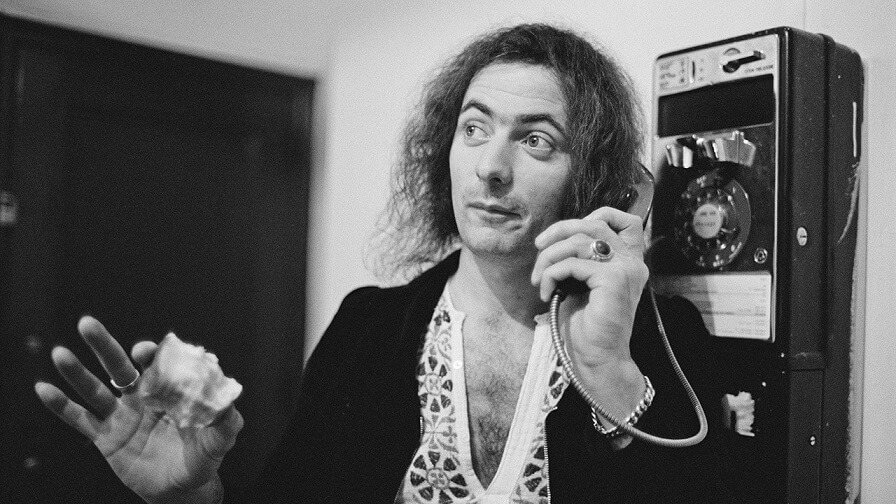 “Burn” was inspired by the 1926 song “Fascinating Rhythm” and was released on the Deep Purple’s album of the same name in 1974, and was the first song by the Mark III lineup, that had David Coverdale and Glenn Hughes.

The song was the band’s concert opener for two years, taking over from “Highway Star”. It opened Deep Purple’s set on the California Jam two months after its release, on 6 April 1974.

And now you can hear the amazing Ritchie Blackmore guitar solo isolated on the song.

After the Deep Purple 1984 reunion, the song was no longer played, as Ian Gillan, whom David Coverdale had replaced, was vocalist once more, and would not sing songs from the Coverdale era. The band did perform “Burn” live in 1991, during the time in which Gillan was briefly replaced by Joe Lynn Turner.

When Gillan once more returned to the band in 1992, he again refused to perform Coverdale-era songs.

After Deep Purple’s 1976 split-up, Coverdale formed his own band, Whitesnake, which over the years has featured Deep Purple members such as Jon Lord and Ian Paice, and has performed Coverdale-era Deep Purple songs such as “Burn”, “Lady Double Dealer”, “Lady Luck”, “Mistreated”, “Might Just Take Your Life”, “Soldier of Fortune” and “Stormbringer”.

Glenn Hughes also features the song regularly in his live solo performances, as well as with his project, the supergroup Black Country Communion.

Back In Time: Bon Scott says he doesn’t know the Sex Pistols in rare interview
Back In Time: AC/DC kicks ass performing “Highway To Hell” on German TV
To Top