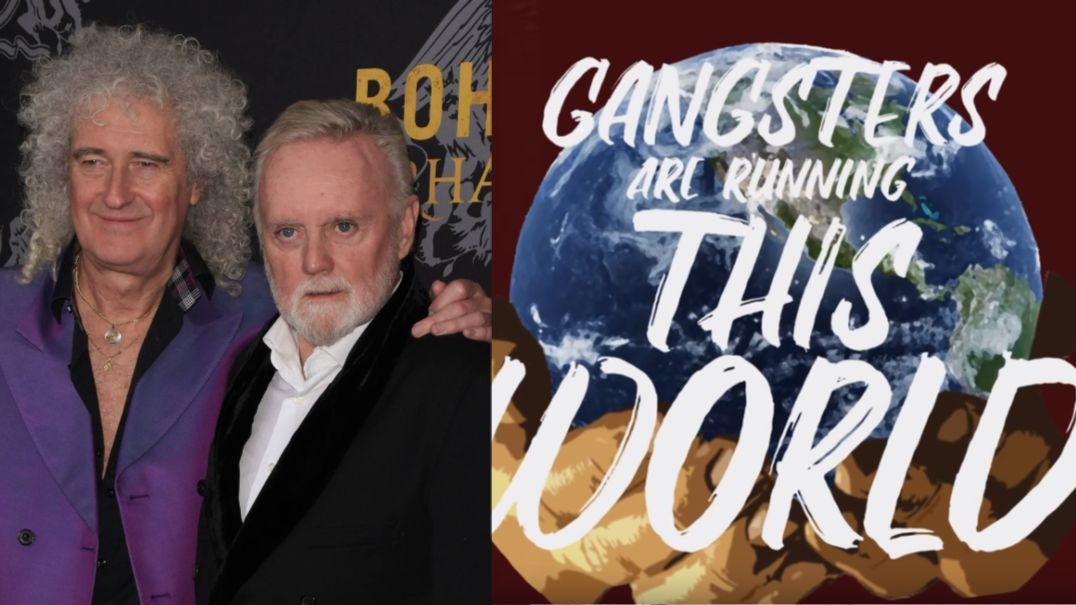 Queen’s drummer Roger Taylor has released the a new solo single, “Gangsters Are Running This World.” The song is a commentary on the current state of the world. The lyrics say: “There is blood on the streets / Panic in the air / The markets are trading / in madness and fear”.

This is not the first time Taylor uses music to talk about political situations. In 2011, Taylor re-released his protest song about Fox News owner Rupert Murdoch. The track, titled “Dear Mr. Murdoch”, was written in 1994 and included on the album Happiness.

“Everyone has an opinion and I was lucky enough to have one too,” Roger said in a statement. “I’d rather stay away from politics, actually. I don’t live in a fluffy and easy world to be saved.”

Roger Meddows Taylor (born 26 July 1949) is an English musician, singer, songwriter, and multi-instrumentalist, best known as the drummer for the rock band Queen. As a drummer, Taylor was recognised early in his career for his unique sound. He was voted by radio listeners as the eighth-greatest drummer in classic rock music history in a poll conducted by Planet Rock in 2005.

As a songwriter, Taylor contributed songs to Queen’s albums from the beginning, composing at least one track on every album, and often singing lead vocals on his own compositions. He wrote or co-wrote three UK number 1s (“These Are the Days of Our Lives”, “Innuendo” and “Under Pressure”) and contributed a further five major hits (“Radio Ga Ga”, “A Kind of Magic”, “Heaven for Everyone”, “Breakthru”, and “The Invisible Man”).

He is also the main writer on the international top-ten hit “One Vision”, although the track is credited to the whole band. He has collaborated with such artists as Eric Clapton, Roger Waters, Roger Daltrey, Robert Plant, Phil Collins, Genesis, Jimmy Nail, Elton John, Gary Numan, Shakin’ Stevens, Foo Fighters, Al Stewart, Steve Vai, Yoshiki, Cyndi Almouzni, and Bon Jovi. As a producer, he has produced albums by Virginia Wolf, Jimmy Nail and Magnum.