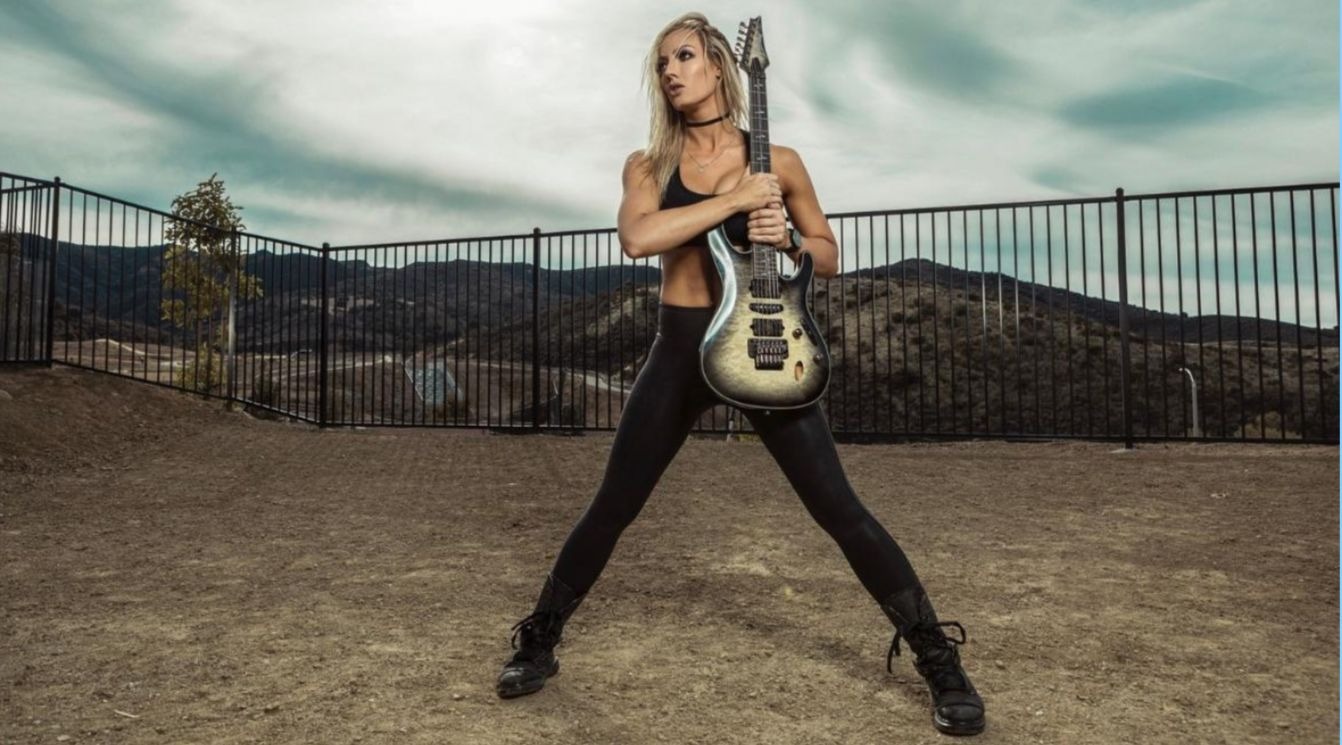 Nita Strauss, guitarist for Alice Cooper’s band, released a new clip for the single “Mariana Trench”. The video features footage from the recent tour, which includes the show she made at the legendary Whiskey A Go Go.

The single is part of Nita’s debut album as a solo artist, Controlled Chaos. It was made through a collective funding campaign, where Nita reached the total in two hours.

In June 2014, she replaced Orianthi in the band of American hard rock musician Alice Cooper. She was also ranked #1 on the list of ’10 Female Guitar Players You Should Know’ published by Guitar World. She comes from a long line of classical musicians – one of her ancestors on her father’s side of the family is the Austrian composer Johann Strauss.

In June 2014, it was announced that Nita would replace Orianthi as Alice Cooper’s touring guitarist for the 2014 tour dates, a role she continues currently.