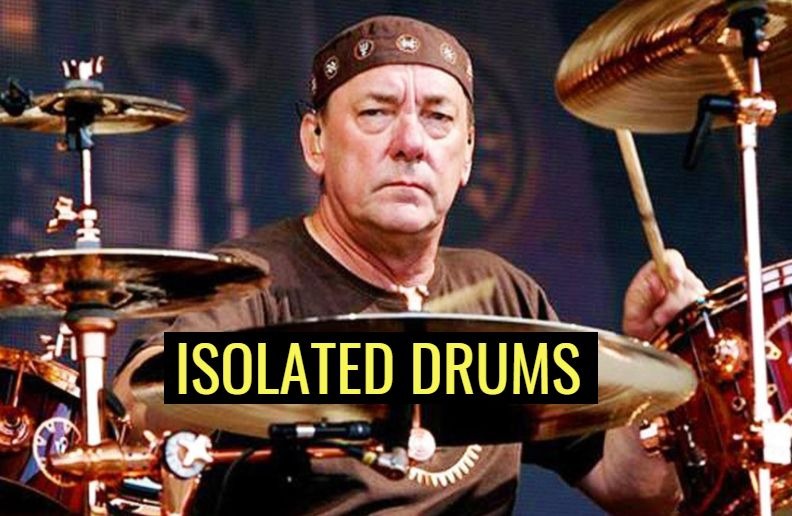 Considered the best drummer of all time for many rock fans, RUSH’s drummer Neil Peart is responsible for many rock and roll classics and one of them is “Tom Sawyer”, that you’ve probably heard a million times, but, you will hear for the first time the amazing isolated drum tracks.

“Tom Sawyer” is a song by Rush, originally released on their 1981 album Moving Pictures as its opener. Lee has referred to the track as the band’s “defining piece of music … from the early ’80s”. It is one of Rush’s best-known songs and a staple of both classic rock radio and Rush’s live performances, having been played on every concert tour since its release.

The song was written by Lee, Peart, and guitarist Alex Lifeson in collaboration with lyricist Pye Dubois of the band Max Webster, who also co-wrote the Rush songs “Force Ten”, “Between Sun and Moon”, and “Test for Echo”. According to the US radio show In the Studio with Redbeard (which devoted an episode to the making of Moving Pictures), “Tom Sawyer” came about during a summer rehearsal vacation that Rush spent at Ronnie Hawkins’ farm outside Toronto.