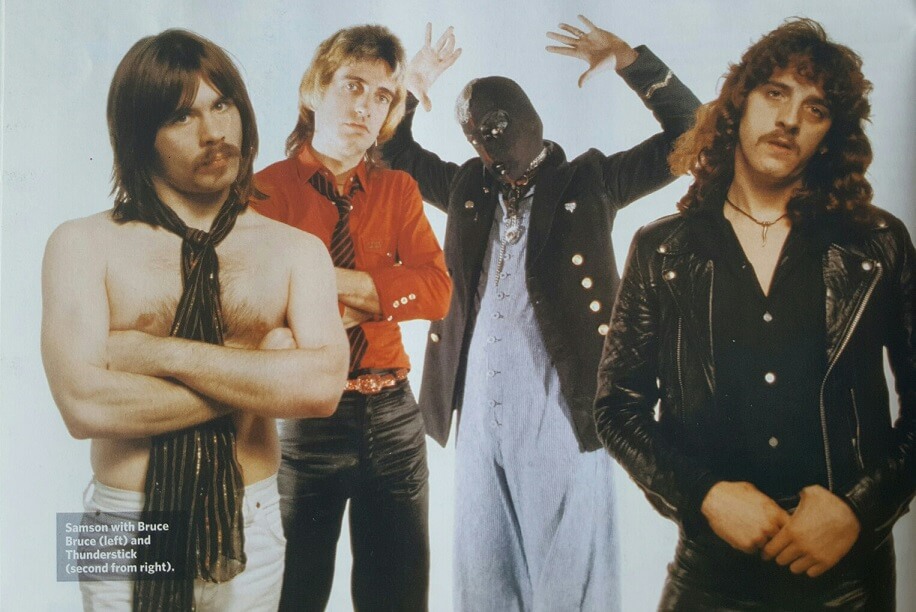 Iron Maiden is one of those rare cases where the band became bigger after their lead singer was changed. By 1981, Paul Di’Anno was demonstrating increasingly self-destructive behaviour, particularly through his drug usage, about which Di’Anno comments, “it wasn’t just that I was snorting a bit of coke, though; I was just going for it non-stop, 24 hours a day, every day … the band had commitments piling up that went on for months, years, and I just couldn’t see my way to the end of it. I knew I’d never last the whole tour. It was too much.”

With his performances suffering, Di’Anno was immediately dismissed following the Killer World Tour, at which point the band had already selected his replacement. After a meeting with Rod Smallwood at the Reading Festival, Bruce Dickinson, previously of Samson, auditioned for Iron Maiden in September 1981 and was immediately hired.

Check it out his full audition tape for Maiden:

The following month, Dickinson went out on the road with the band on a small headlining tour in Italy, as well as a one-off show at the Rainbow Theatre in the UK. For the last show, and in anticipation of their forthcoming album, the band played “Children of the Damned” and “22 Acacia Avenue”, introducing fans to the sound towards which they were progressing.

In 1982, Iron Maiden released The Number of the Beast, an album which gave the band their first UK Albums Chart No. 1 record and additionally became a Top Ten hit in many other countries.

At the time, Dickinson was in the midst of legal difficulties with Samson’s management and was not permitted to add his name to any of the songwriting credits, although he still made what he described as a “moral contribution” to “Children of the Damned”, “The Prisoner” and “Run to the Hills”.

For the second time the band embarked on a world tour, dubbed The Beast on the Road, during which they visited North America, Japan, Australia and Europe, including a headline appearance at the Reading Festival.

A new and hugely successful chapter in Iron Maiden’s future was cemented; in 2010 The New York Times reported that the album had sold over 14 million copies worldwide.