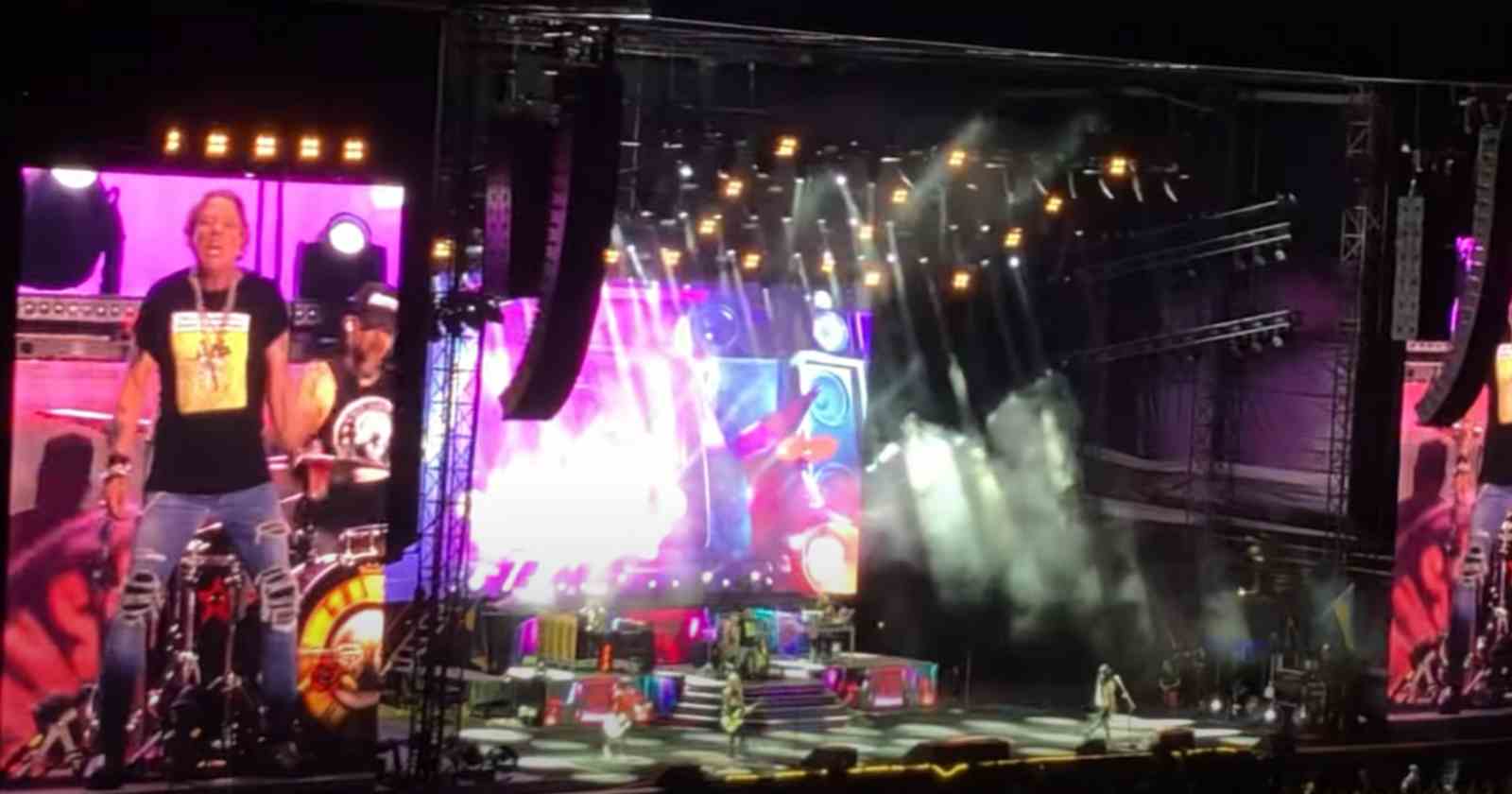 Guns N’ Roses started their European tour in June and after playing AC/DC’s classic song from the Bon Scott era “Walk All Over You” in Portugual on June 4, they played “Back In Black”, originally sang by Brian Johnson in Spain on June 7. It seems that covers from the Australian Hard Rock band will be present on their setlists for this tour.

The band has been covering many songs on their setlists since guitarist Slash and bassist Duff McKagan returned to the band in 2016, same year that vocalist Axl Rose helped AC/DC by becoming their singer on the remaining tour dates they had that year because Johnson couldn’t do them due to hearing problems.

Watch Guns N’ Roses covering AC/DC’s “Back In Black” for the first time:

Another constant cover on the band’s setlists is Velvet Revolver’s “Slither”, the supergroup that Slash and Duff were part in the 00s with drummer Matt Sorum and singer Scott Weiland. The Stooges ‘I Wanna Be Your Dog’ and Jimmy Webb’s ‘Wichita Lineman’ are also other versions the band plays live that were not originally covered in studio by them.

Setlist at Seville, Spain on June 7

After Europe the band returns to the road in September for the South American tour.