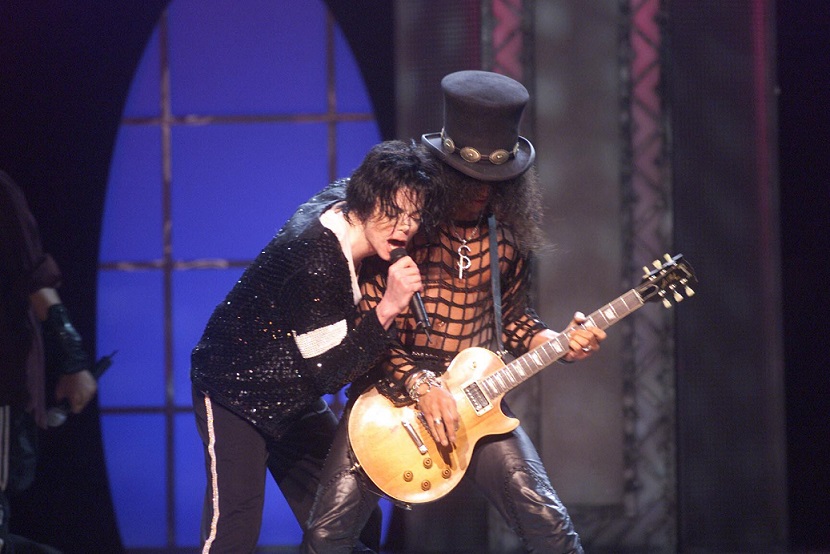 Doug Goldstein, former Guns N’ Roses manager talked about how Slash collaborating with Michael Jackson in 1991’s “Give In To Me”, made the beginning of the decline of the band towards the end.

“So he [Axl] does that huge interview, he bears his deepest, darkest secret, and Slash comes to my room two months later and says, ‘Hey, I’m going to play with Michael Jackson.’ What?! No! 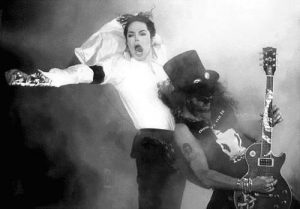 “So everybody in the industry knows that Eddie Van Halen got $1 million for ‘Beat It.’ I said, ‘At least let me negotiate the deal.’ ‘No, it’s already negotiated.’ ‘What do you mean? You’re not going to let me do my job?’ I said, ‘Look, I need to go to Axl with some ammunition to explain why you’re going and hanging out with a pedophile.’

“Slash said, ‘It’s already negotiated.’ So I said, ‘At least give me some ammunition to go to Axl and tell him, ‘But yeah, he’s getting X amount of dollars.” He said, ‘He’s giving me a big-screen TV.’ ‘Hang on, what?!’ ‘Yeah, he’s going to give me one of those big 72-inch screen TVs.’ 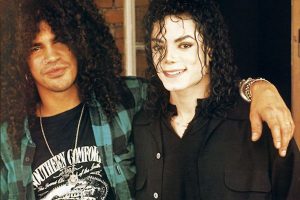 “‘So that’s what I get to go with Axl with? You’re going to go play with a pedophile after he just bore his soul, for a big-screen TV?!’ ‘Yeah…’

“That was the beginning of the end right there, that sealed the fate of the band. Axl never again thought Slash was his brother. Like I said earlier, the greatest thing I ever did was let Axl know what they thought of him, because he loved those guys. He thought they understood how damaged his own life was.”