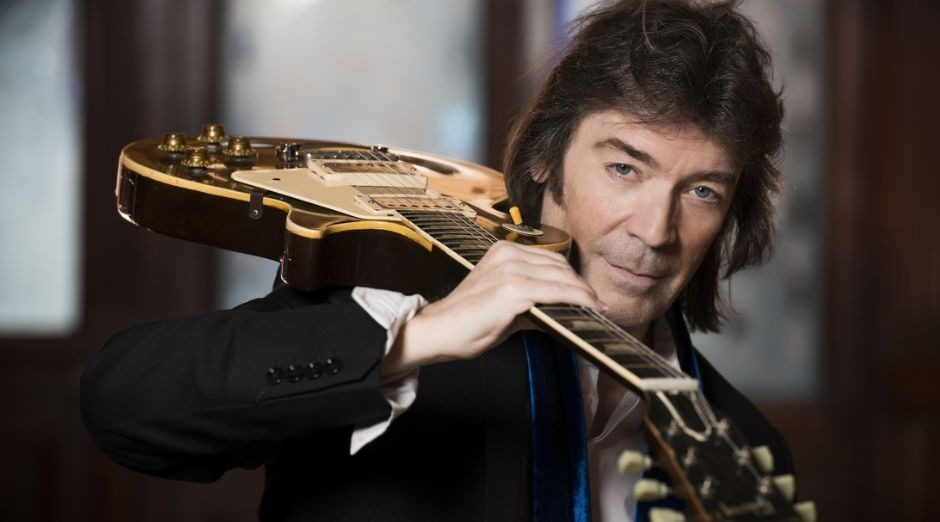 Legendary guitarist Steve Hackett revealed in an exclusive interview with Rock and Roll Garage his favorite Genesis song. The musician was in the band from 1971 to 1977 and recorded the albums Nursery Cryme, Foxtrot, Selling England by the Pound, The Lamb Lies Down on Broadway, A Trick of the Tail and Wind & Wuthering. In July, Steve will release his autobiography “A Genesis In My Bed”.

Rafael Polcaro asked Steve Hackett: Could you tell us your favorite Genesis song?

“Dancing With The Moonlit Knight. I love the way it goes seamlessly through so many changes, morphing from Scottish plain song through to powerful rock elements. It builds and takes many twists and turns, strong both melodically and rhythmically.”

As Genesis member, Steve’s guitar playing produced some of the most memorable moments. Giving the sensitivity of his acoustic sound on Horizons and Blood on the Rooftops. Also the dramatic rock guitar solos of Firth of Fifth.

Genesis’ induction into the Rock And Roll Hall Of Fame was in 2010. Steve has always held a torch for the classic Genesis music. Proof is Genesis Revisited II, a double CD, involves several iconic artists. Also contains many Genesis favourites that was released in late October 2012. Also a Genesis Revisited worldwide tour in 2013, that was followed by a Genesis Extended tour in 2014 and early 2015 due to popular demand.

Read a snippet about when he joined Genesis of his upcoming autobiography:

He continued: “I was to board a spaceship to a new planet with a bunch of aliens. I emptied my glass, put it down and walked out through the door into the sunshine, clutching that ticket to Mars.”