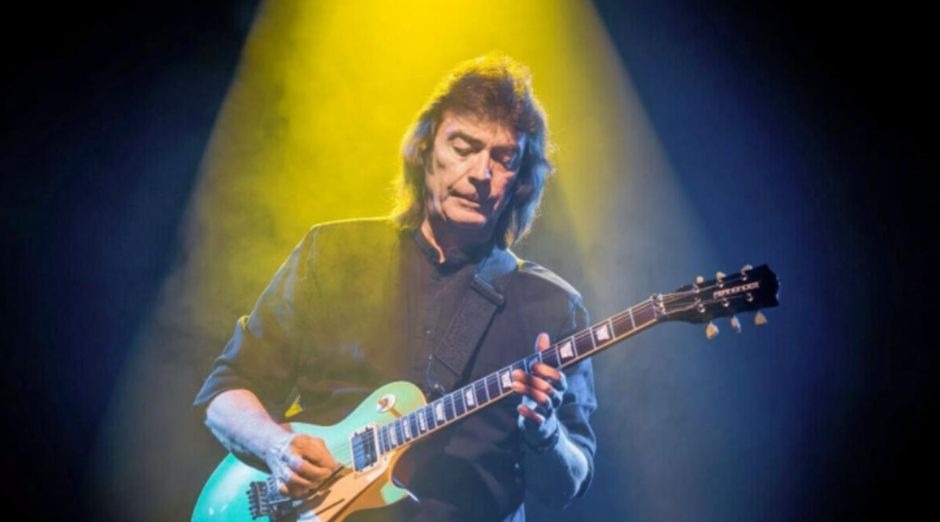 The amazing guitarist Steve Hackett (Genesis, GTR) revealed in an exclusive interview with Rock And Roll Garage his 5 favorite albums of all time. He explained why he likes each one of them to journalist Rafael Polcaro. In July Hackett will release his autobiography “A Genesis In My Bed”. In which he talks about Genesis, super group GTR, solo career and personal life.

Steve Hackett reveals his 5 favorite albums of all time:

“There’s fantastic variety in this album and a great deal of energy, as in Lucy in the Sky with Diamonds. I love the way A Day in the Life morphs from the song through a massive crescendo, followed by another vibe and back to the original melody. The kaleidoscope Of colours in this album leap out at you at every turn.”

2. In the Court of the Crimson King by King Crimson

“This album is innovative with great variety… amazing stops and starts in 21st Century Schizoid Man, beautiful poignancy in the extraordinary apocalyptic song Epitaph, delicate whimsy in I Talk to the Wind and extraordinary power in The Court Of The Crimson King. I was blown away when I first heard this in 1969.”

“This album has amazing contributions from late great extraordinary bass player Jaco Pastorius, who I met around this time. Joni really gets into her stride here too with her innovative approach.”

“There’s great power to Dylan’s lyrics on this album. I particularly like Desolation Row, with the imagery it conjures. Al Kooper on keyboards and Mike Bloomfield on guitar add to the potency of this album.”

5. Many a Mile by Buffy Sainte-Marie

“I love songs like Must I Go Bound, sung here by Buffy with extraordinary beauty and Until it’s Time for You to Go, with the sense of poignancy that Buffy is able to engender. Buffy covers so many themes from the pain and wonder of love to social concerns with such warmth and conviction.”