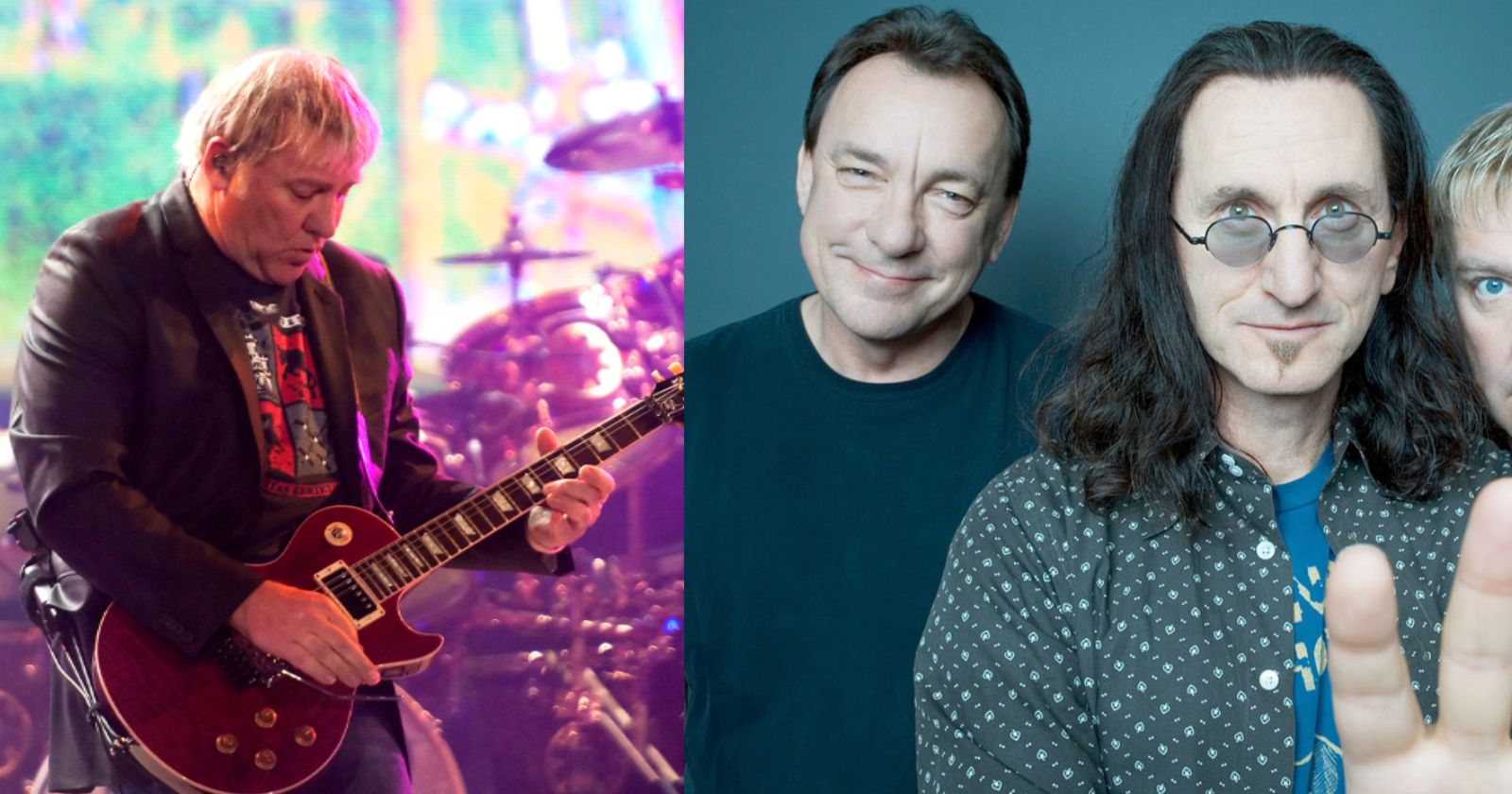 Rush guitarist Alex Lifeson elected in an interview with Make Weird Music the best album of the band in his opinion and explained the reason why. The musician stated that the good atmosphere of the recording helped the album to become a success.

Guitarist Alex Lifeson elects the best album Rush ever made:

“‘Moving Pictures’ was by far the greatest record that we made. And, from our perspective, we had such a great time making that record. We were in a great space, we spent the summer working fairly close to Toronto – to home – writing it.”

“When we went to the studio and started recording, everything about it fell into place. We really, really enjoyed the experience. I thought the material was strong and all that stuff. But the recording process itself was really a lot of fun, and for the most part quite smooth. And that doesn’t happen really very often. I could tell you horror stories about [1984’s] ‘Grace Under Pressure’ that was so difficult to make, and [2002’s] ‘Vapor Trails.’

“But ‘Moving Pictures’ was really a delight. When we came to ‘Vital Signs’ song, and I have to jog my memory. We had songs on the record like ‘YYZ’ and ‘Limelight’ and ‘Tom Sawyer’ that were pretty big, rock, traditional rock songs. Maybe a little more concise than our previous writing as we were moving into that kind of writing economy that we sort of moved into from the late ’70s.”

“But when we came to that, it was just really different in the way we arranged it and put it together. Starting with the sequencer and having that part, and working out a guitar part above that, around that, and Neil was really into that kind of a drum approach. To that ska sort of thing, more reggae-ish. And when I say reggae, I mean modern white reggae.”

“He was really looking forward to that, and he was messing around with electronic drums at the time too. So it all became a part of this little exploration, and it touched on certain things that were coming to the world from that point forward. So that’s really it, I don’t really remember too much else about it.”