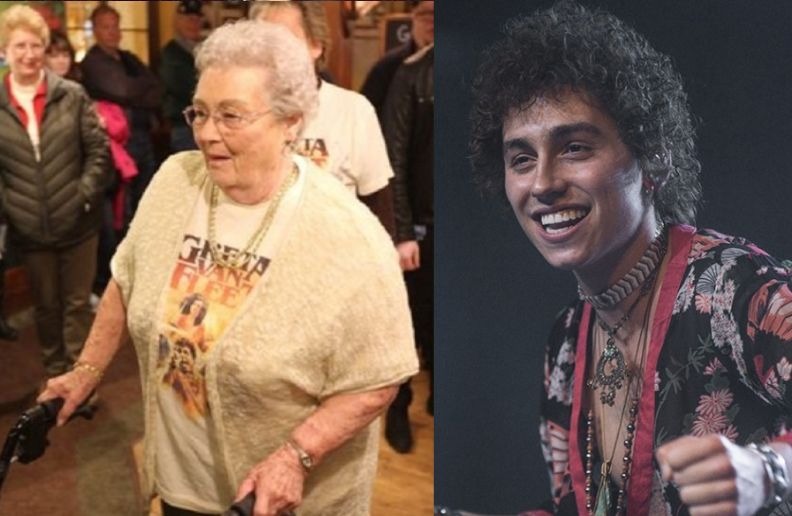 Greta Van Fleet is one of the most talked about names in Rock And Roll nowadays. The group approach to hard rock and the similarity with Led Zeppelin made the band stand out in the whole planet and came to be called “salvation of Rock” by many.

What few know, however, is that the band’s name came from a lady named Gretna Van Fleet, who worked as an office manager and was also a drummer. In 2012 the quartet met her in the hometown of the band, Frankenmuth, Michigan, and decided to name the band by name, taking just the “n” to make the pronunciation easier.

At the age of 88, she gave an interview to the Detroit Free Press and said that since the band exploded she was as famous as they were, being stopped almost every day for a conversation or a photo.

Gretna even said that her favorite song of the band is the ballad “Flower Power”, but revealed that she is not much of Rock And Roll fan, saying: It’s not my favorite type of music and the boys know that. But I think they are very talented and I support them.