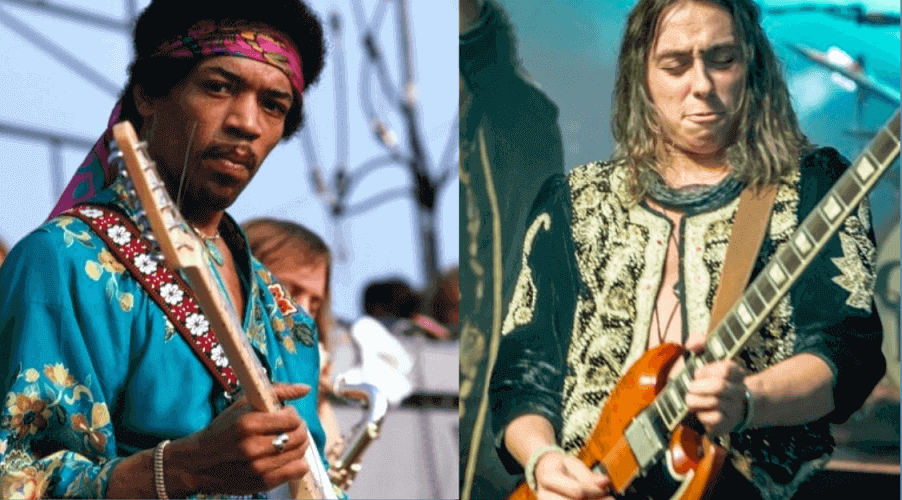 During an interview with Music Radar, Jake Kiszka, guitarist for Greta Van Fleet, talked a bit about his guitar influences.

And he said Jimi Hendrix is a big influence:

“As soon as I got my first electric guitar, a Fender Squier, everything changed. I think it was in fourth grade and my teacher showed us something of her generation, which was Jim’s “Star Spangled Banner”.]

“It was one of those moments where something really moved me, even though it seems that none of the other boys understood that, but I felt that I could understand, and I shudder just to remember.” My eyes watered, it was very exciting, and from there I passed the next three years trying to understand what he was doing. ”

“Then I met Santana, who had the same feeling, and then came Keith Richards, and then, growing up, I began to understand the musicians of the British invasion and began to articulate my personal version of the thing Jeff Beck, Jimmy Page, Pete Townshend, all those guys … ”

Greta Van Fleet will release their debut album “Anthem Of The Peaceful Army” on october 19. The quartet has already collected good numbers on the American market since the release of their double EP, From The Fires, in November last year. The EP reached # 1 on the Billboard chart of Hard Rock in the United States and one of its main singles, “Highway Tune”, was for 5 consecutive weeks in the first position of the Rock Radio ranking of the publication. The band is still completing a tour of North America that had all the tickets for their sold-out dates.