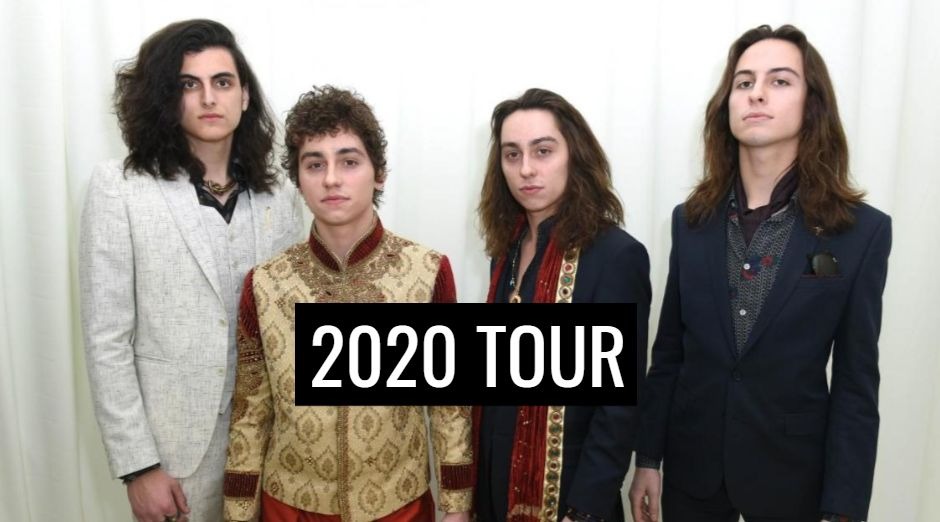 The rock and roll sensation Greta Van Fleet is back on tour in 2020 due their success with the release of their first album Anthem of the Peaceful Army. Josh Kiszka, Samuel Kiszka, Daniel Wagner and Jacob Kiszka will be on South America opening Metallica concerts. More dates can be announced soon.

The name of the band was conceived when Hauck’s grandfather mentioned that he needed to cut wood for Mrs. Gretna Van Fleet, a resident of Frankenmuth. After that, bassist Sam Kiszka’s said: “At the time we thought, ‘Wow! That’s a band name!'”.

In the period when Hauck was the drummer the band recorded and released three songs. They are: “Highway Tune”, “Cloud Train” and “Standing On”.

On February 28, 2014, a live EP of the band was recorded in a take and released shortly thereafter, on June 17 of the same year. Also, the song “Standing On” appeared in an advertisement for the Chevrolet Equinox in 2014 in the Detroit area.

They are strongly inspired by Led Zeppelin. The singer’s high-pitched voice resembles that of Robert Plant. Plant said: “There is a group in Detroit called Greta Van Fleet: they are Led Zeppelin I”.