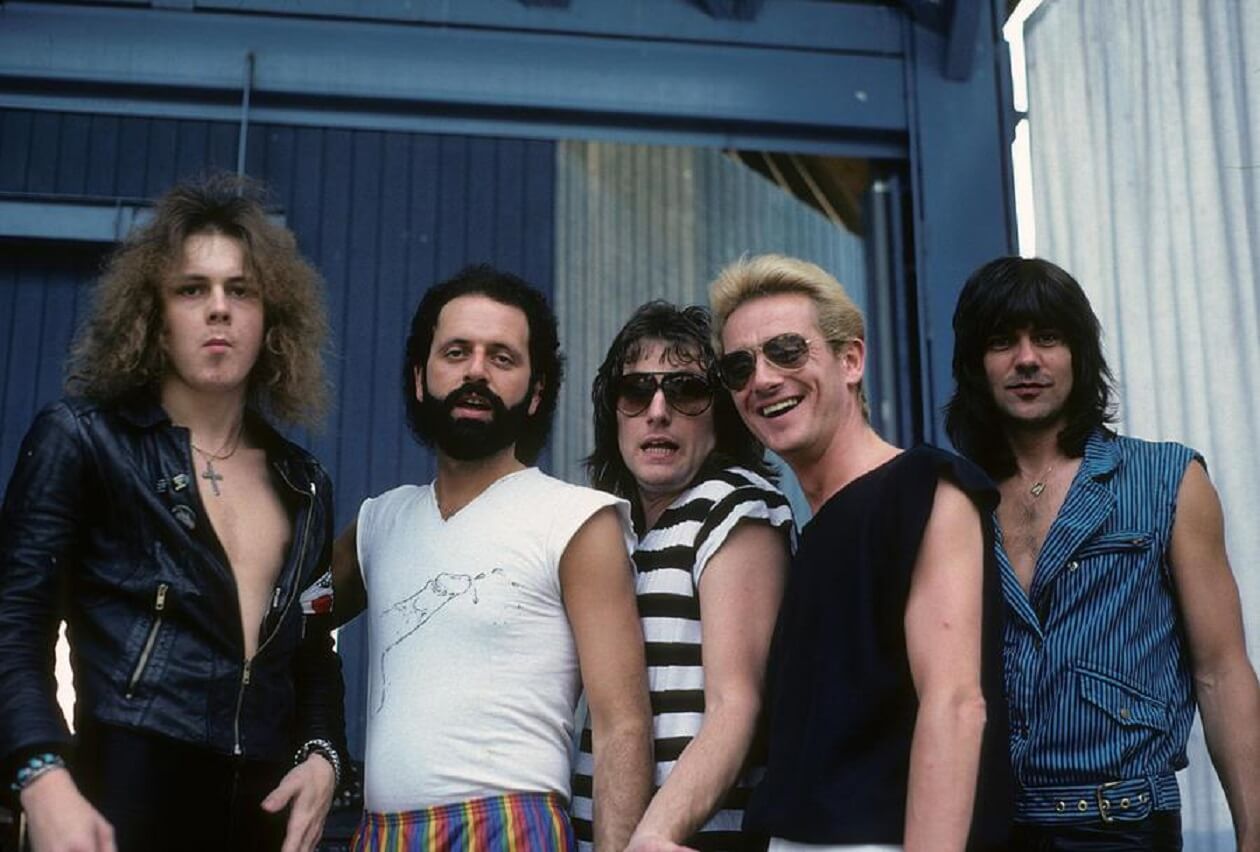 Burr was reportedly only in the band for a week, and left upon discovering the band was going to be based in the United States, as opposed to his native England. Burr was soon replaced by former Iron Butterfly drummer Jan Uvena, who had just left Alice Cooper’s backing band. Shea dubbed the group “Alcatrazz”. For the first album, the bulk of the material was written by Bonnet and Malmsteen, with Waldo contributing to several tracks.

The band’s debut album, No Parole from Rock ‘n’ Roll surfaced in late 1983 on Rockshire Records. Decent support was given by MTV to the lead single, “Island in the Sun”, which showed a heavy Rainbow influence.

Despite the commercial nature of the song, it received little radio play. The album nonetheless spent 18 weeks on the Billboard charts and peaked at No. 128.

“Island In The Sun” by Alcatrazz

The album is considered by fans of the group to be the best Alcatrazz release and launched guitarist Yngwie Malmsteen into a glittering solo career. The album is most famous for the singles “Island in the Sun” and “Jet to Jet”.

Other notable offerings are “Hiroshima Mon Amour”, for which a video was shot (an excerpt for which was seen in the UK on the Channel 4 TV programme The Tube), “General Hospital” and “Incubus”, a solo by Yngwie J. Malmsteen he continued to play during his solo career. It has always had a strong following in Japan and songs from which can still be found in karaoke bars today.

Back In Time: Watch Johnny Winter’s amazing live version of “Highway 61”
Find out more about the deals with the devil in the musical history
Advertisement
To Top