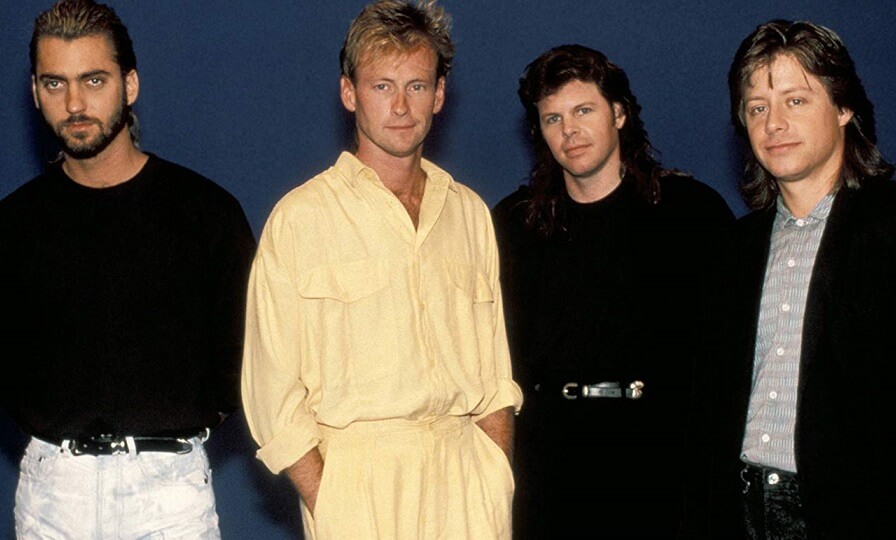 The lyrics to “Kyrie” were written by Arizona-born John Lang who co-wrote the songs on all of Mr. Mister’s albums. The music was composed by Richard Page and Steve George while on tour with Adam Ant.

There is a myth that singer Richard Page wrote this song while lying in a hospital bed following being assaulted. John Lang has stated that he was the one who was assaulted, three years before “Kyrie” was written, and that the incident has nothing to do with the song.

The video for this song was directed by Nick Morris, and features the band in performance mixed with footage taken at the tail end of their Autumn 1985 tour with Tina Turner. The song was used in the hit US TV series Miami Vice during season two, episode fourteen “One-Way Ticket”. The U.S. 7″ single can be found pressed on transparent purple vinyl or polystyrene, depending on where it was manufactured.