“You Can Call Me Al” was released by Paul Simon and was the lead single from his seventh studio album, Graceland (1986), released on Warner Bros. Records. Written by Simon, its lyrics follow an individual seemingly experiencing a midlife crisis. Its lyrics were partially inspired by Simon’s trip to South Africa and experience with its culture.

Released in September 1986, “You Can Call Me Al” became one of Simon’s biggest solo hits, reaching the top five in seven countries.

“You Can Call Me Al” by Paul Simon

Paul Simon did not like the original music video that was made, which was a performance of the song Simon gave during the monologue when he hosted Saturday Night Live in the perspective of a video monitor. 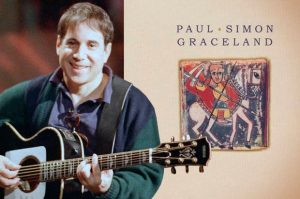 The names in the song came from an incident at a party that Simon went to with his then-wife Peggy Harper. French composer and conductor Pierre Boulez, who was attending the same party, mistakenly referred to Paul as “Al” and to Peggy as “Betty”, inspiring Simon to write a song.

The song was recorded entirely at The Hit Factory in New York City in April 1986; it differs from much of Graceland in this regard, as most songs on the record were recorded in numerous locales worldwide. 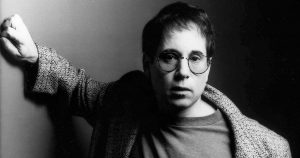 After the song’s completion, it was mixed at The Hit Factory alongside the rest of Graceland, at an average of two days per song. Simon’s vocals on the song are rather quick-paced, which made them difficult to mix over the numerous instruments in the backing track.

After much work on the track, Simon’s long-time engineer Roy Halee used tape delays feeding separately into the two audio channels, which made the vocals clear.

Robert Plant talks about the need to experiment new music, specially with Youtube
Tobias Forge talks about how it is now that Ghost is no longer anonymous
Advertisement
To Top