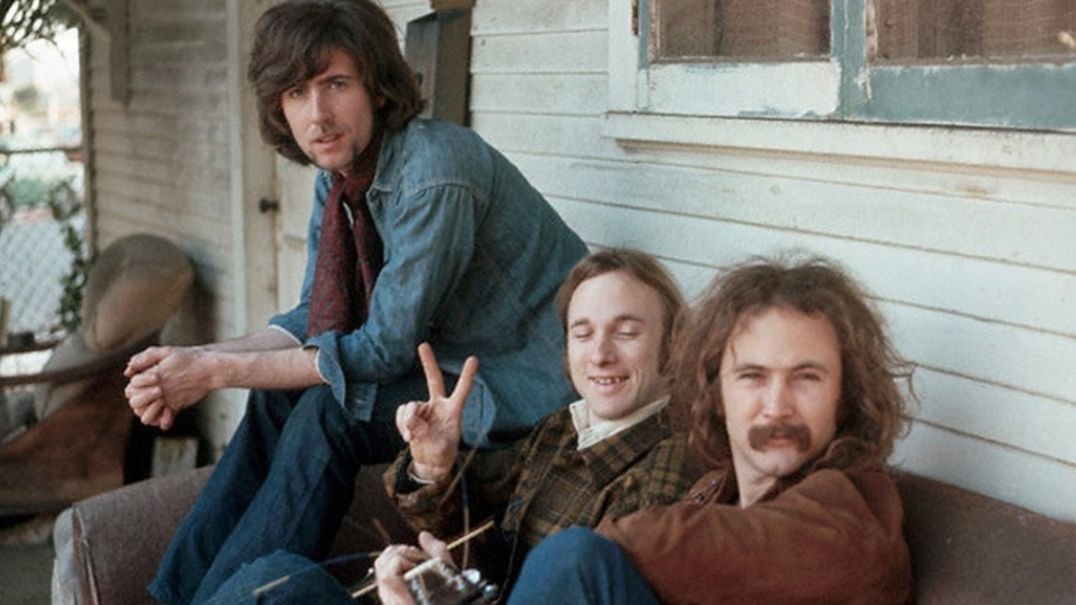 “Southern Cross” is a song written by Stephen Stills, Rick Curtis, and Michael Curtis and performed by the rock band Crosby, Stills & Nash. It was featured on the band’s Daylight Again album and was released as a single in September 1982.

Stephen Stills sings lead vocals throughout, with Graham Nash joining the second verse. Because David Crosby did not rejoin the band until the album was already underway, his vocals are not featured on the album version of the song, although he did appear in the video and subsequently sang the song with the group in live performances. The single was a success on the charts, reaching #18 on the Billboard Hot 100 for three weeks in late November and early December 1982.

“Southern Cross” is based on the song “Seven League Boots” by Rick and Michael Curtis. Stills explained, “The Curtis Brothers brought a wonderful song called ‘Seven League Boots,’ but it drifted around too much. I rewrote a new set of words and added a different chorus, a story about a long boat trip I took after my divorce. It’s about using the power of the universe to heal your wounds. Once again, I was given somebody’s gem and cut and polished it.”

The video for the song, which got heavy play during the early years of the MTV and VH1 cable networks, featured Stephen Stills sailing a large boat (called Southern Cross), intercut with images of the band singing.