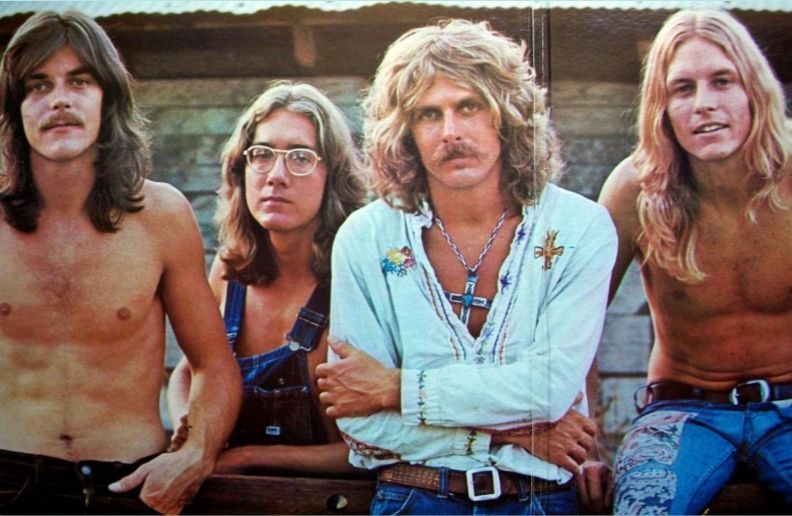 Jo Jo Gunne is an American rock band, formed in Los Angeles, California, United States, in 1971 by Jay Ferguson (keyboards, vocals and guitar) and Mark Andes (bass guitar and vocals) after they had left Spirit. The group’s name is derived from “Jo Jo Gunne”, a Chuck Berry song that peaked at #83 as a single in November 1958.

The classic song “Run Run Run” is on Jo Jo Gunne eponymous debut album released as the album’s lone single, became a top 10 hit in the United Kingdom and received airplay on US AOR radio stations.

Run, Run, Run became a top 40 hit with the album riding the charts to #57 on Billboard’s Top 100 Albums. Their second album Bite Down Hard skirted the bottom of the Billboard Top 100 Charts rising no further than #75 and the fact that there was no breakout single failed to generate interest and sales for the band.

The album was produced by Bill Szymczyk who was best known at the time for his production work on Joe Walsh’s Barnstorm and B.B. King’s Completely Well which featured the hit single “The Thrill Is Gone”.[3]

The band’s third album Jumpin’ the Gunne failed to rise any higher than #169 on the Billboard Top 200 Chart. The band’s fourth album, So…Where’s The Show?, featured new guitarist John Staehely. Staehely’s harder edged sound complemented Ferguson’s songs giving the band a much harder rock sound than on their previous efforts.