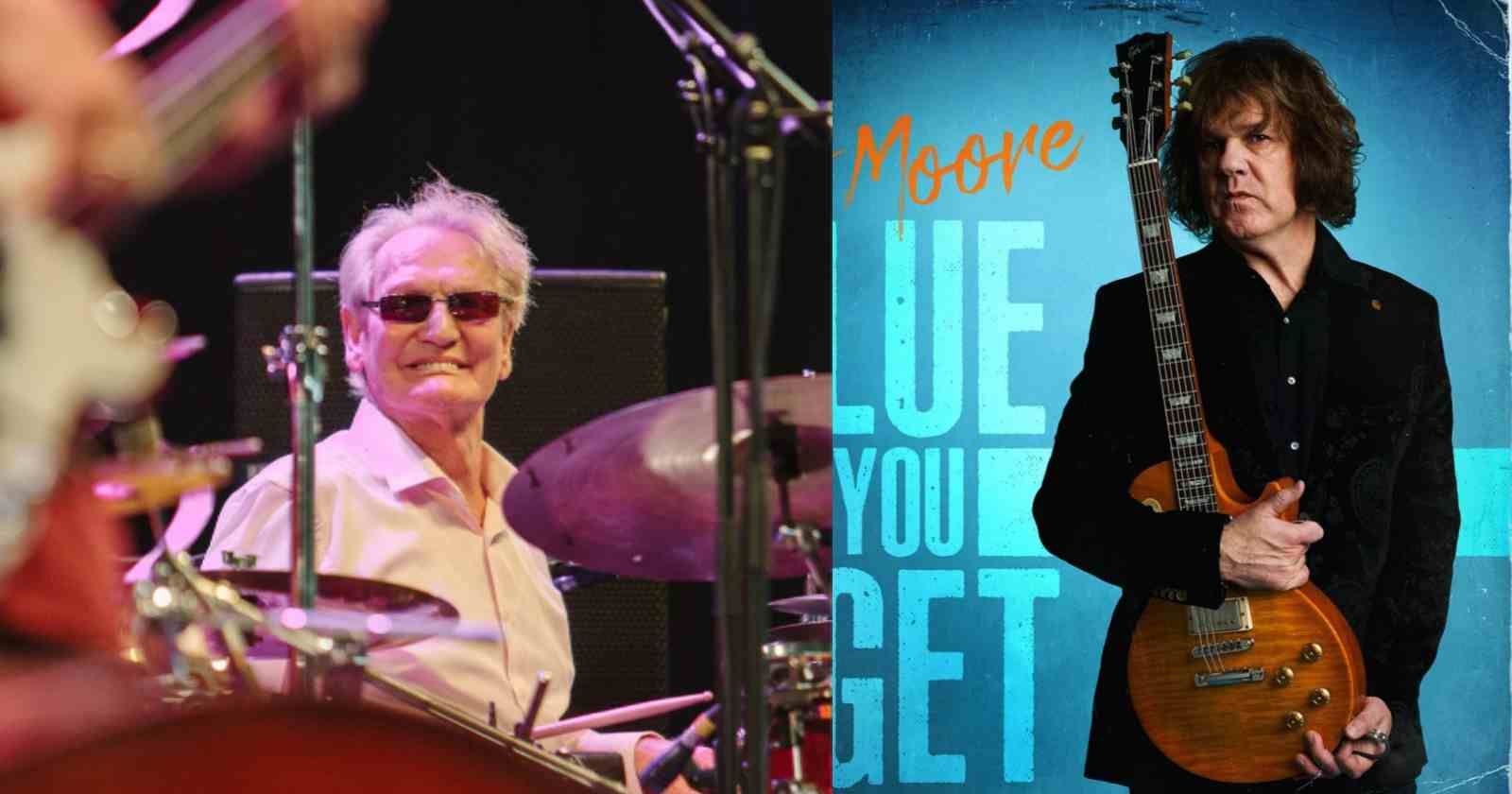 The legendary Cream drummer Ginger Baker wasn’t known only for his ability on drums but also for his grumpiness. From 1993 to 1994, he played with his ex-bandmate Jack Bruce and the famous guitarist Gary Moore (Thin Lizzy) in the supergroup BBM (Baker, Bruce, Moore). The band released only one album “Around The Next Dream” in 1994.

Like most part of his career, Baker always had bad things to say about his bandmates and he complained in an interview with  Classic Rock back in 2019, published just a few weeks before his death, that Gary Moore played too loud.

Ginger Baker once complained that Gary Moore played too loud:

The musician first said that during the sessions for the BBM album he “received profuse apologies from Jack for his past behaviour.” The two fought many times during their time in Cream and was one of the reasons why the band had to end.

He continued recalling how they recorded the album and what bothered him: “The studio sessions we did delighted everyone. Even though he was acting like my boss again and treating me as a session player. A tour was suggested; I’d get £50,000 a gig. What I didn’t realise was that Gary Moore was playing so loud that he blew his ears, just as Jack done to me.”

“More gigs were cancelled than played. And they were awful anyway. Unlike Cream, everything with Gary Moore was contrived. Every solo he played was the same. I like to improvise. Unknown to me they organised a rehearsal at Brixton Academy. When I got there I could hear Gary Moore’s guitar outside on the street. We played it note-perfect, as usual, should have been the fucking gig”.

“The next day his manager phones me and says Gary’s blown his ears again and they’ve taken him to the doctor. I said: ‘Why don’t you take him to a fucking psychiatrist, cos that’s what he needs.’ That wasn’t the right thing to say to Mr God Almighty.”

The drummer also complained about Moore saying that one show was canceled because he cut his finger and it was something that Eric Clapton, for example wouldn’t do according to Ginger. “One gig in Paris was cancelled when he cut his finger opening a fucking tin. Eric would have put a plaster on and played. Oh no, not Gary. And Jack became Dr Jekyll and Mr Hyde again. He didn’t like his hotel room; his family didn’t rate the view. He didn’t want the Mercedes, he desired a limousine. For a 10-minute ride to the gig? Hello? It was ludicrous. And, again, it was so loud I had to have baffle boards on either side. I hate volume. Why does rock music have to be so loud? That was rock’n’roll finished for me.”

The legendary drummer Ginger Baker drummer died on sunday, October 6, 2019 at the age of 80, according to his family. The musician was part of the supergroup Cream with Eric Clapton (guitar and vocals) and the late Jack Bruce (bass and vocals), he was also considered one of the best drummers of all time.

The cause of his death was not revealed, but Baker was hospitalized since the previous week of his death and the family even said a few days before his death that he was already feeling better.