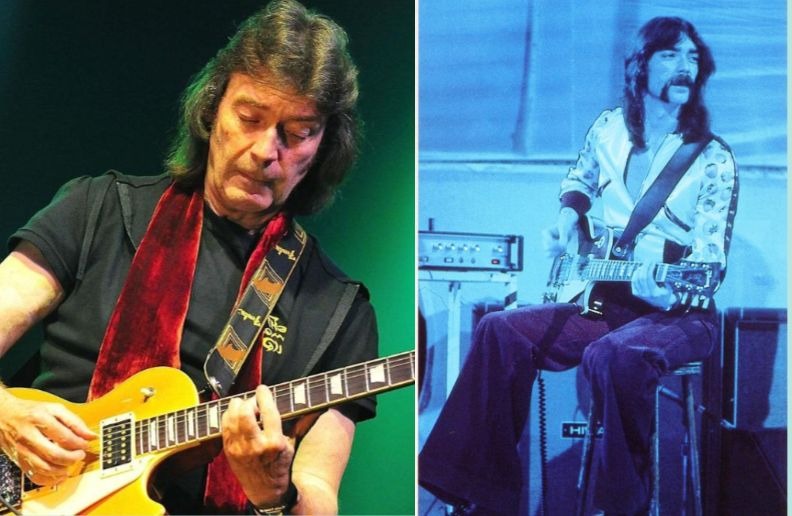 In an interview with Guitar World Ex-Genesis guitarist Steve Hackett said he was the pioneer of guitar tapping the 70s.

“I started tapping in 1971, two years before ‘Dancing With the Moonlit Knight.’ The inspiration was to be able to play very fast on one string. I then realized you could move it from string to string.

“I think at the time I was recording it I thought it was the kind of thing that Phil [Collins] would like; it was fast, but it was very rhythmic.

“The second half of the song was supposed to take off like a rocket, so that was a very satisfying moment from Genesis days. I always think ‘Dance,’ ‘Firth of Fifth,’ and the end of ‘Supper’s Ready’ are probably the most iconic electric guitar moments from Genesis.”

“I’m the inventor of tapping on record. We haven’t found anyone who tapped earlier than me – unless somebody did it in the 1930s, but I doubt it.

“When you see old films of Genesis from 1971 on, you can see me using the technique. It’s there on many recordings, as well.”

“Eddie [Van Halen] and I have never spoken about it, but yes, he has credited me with tapping. Eddie is a fine player, of course, and he’s the one who named the technique.

“I’m not protective of any techniques. I’ve learned from every guitarist that I’ve watched. Everybody plays slightly differently; everybody has been my guitar teacher. I guess I’ve shown a few moves to some people.”