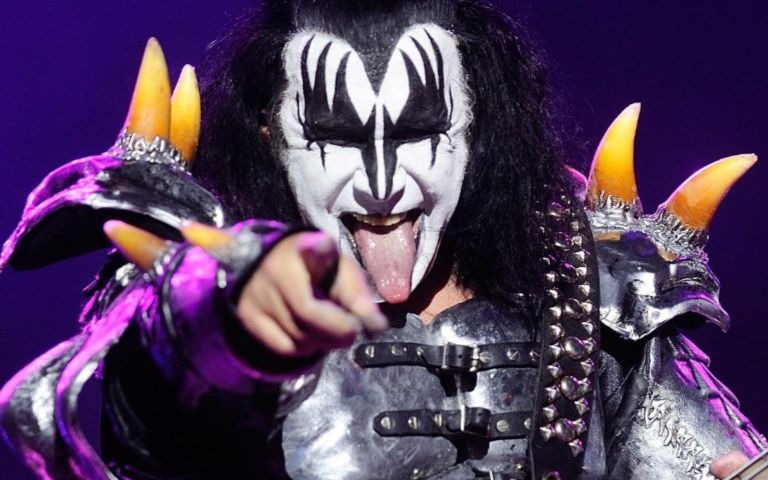 KISS legendary bassist and singer, Gene Simmons turned 70 on august 25 and he celebrated his birthday on stage with the band in Saratoga Springs, New York.

Watch the crowd singing “Happy Birthday” in the concert:

Gene Klein (born Chaim Witz[a] on August 25, 1949), known professionally as Gene Simmons, is an Israeli-American musician, singer, songwriter, record producer, entrepreneur, actor, author, and television personality. Also known by his stage persona The Demon, he is the bassist and co-lead singer of Kiss, the rock band he co-founded with lead singer and rhythm guitarist Paul Stanley in the early 1970s.

Simmons was born as Chaim Witz on August 25, 1949, at Rambam Hospital, in Haifa, Israel, to Jewish emigrants from Hungary. His mother, Florence Klein (originally Flóra Kovács), was born in Jánd, Hungary, and survived internment in Nazi concentration camps.

She and her brother, Larry Klein, were the only members of the family to survive the Holocaust. His father, Ferenc “Feri” Yehiel Witz, was a carpenter. Simmons spent his early childhood in Tirat Carmel, and was raised in a Jewish household. He practiced playing his guitar for hours on end. He has said that his family was “dirt poor,” scraping by on rationed bread and milk. At age seven, he began to pick wild fruit and sell it on roadsides together with a friend.

At age eight, he immigrated to the United States with his mother and settled in New York City. His father remained in Israel, where he had one other son and three daughters. In the United States, Simmons changed his name to Eugene Klein, adopting his mother’s maiden name. At age nine, he briefly attended a Jewish religious school, Yeshiva Torah Vodaas, before transferring to a public school.
He later attended Richmond College[6] and Sullivan County Community College, both in New York, and chose a stage name in tribute to the rockabilly singer Jumpin’ Gene Simmons. Before his musical career began, Klein/Simmons worked a variety of jobs in the city. An “excellent typist”, he served as an assistant to an editor of the fashion magazine Vogue, and also spent several months as a sixth grade instructor on the Upper West Side.