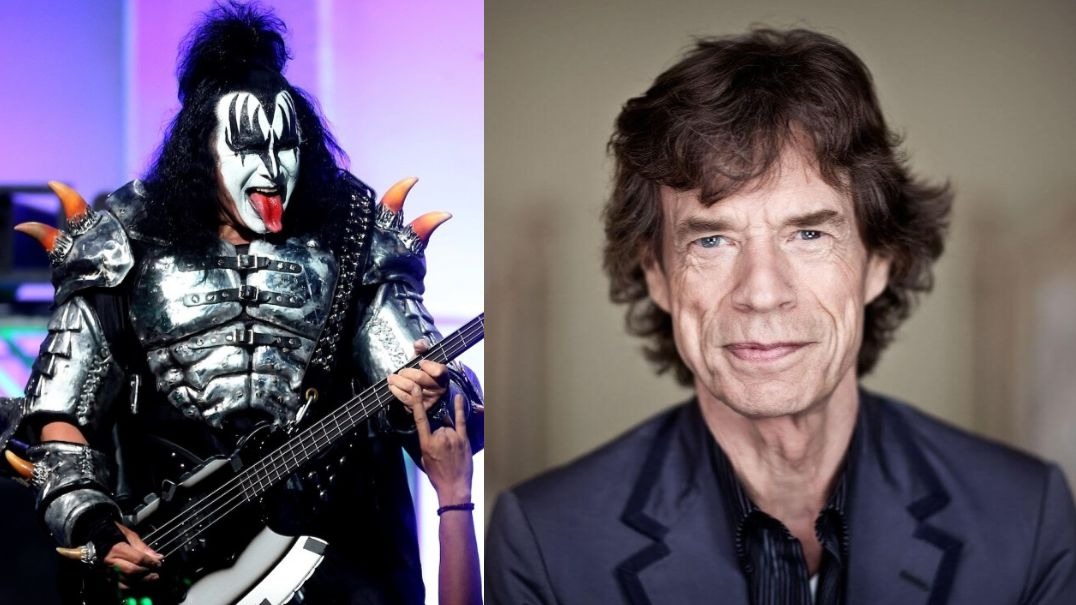 In an interview with Guitar World Kiss bassist Gene Simmons talked about the band’s farewell tour and said that Mick Jagger and Bono Vox would drop dead in half hour if he had to perform in KISS outfit.

A lot of bands embark on farewell tours, only to come back out a few years later and pick up right where they left off. How do we know this is really it for Kiss?

“I understand, I understand. People might not believe it. But let’s just call it for what it is – it’s the final tour. Because you want to go out on top. I’m 69. Still strong; still look good; still have hair on my head… although I have a lot more on my back now.

“But by the time this tour finishes, I’ll be 72. So if I was in the Stones or U2, I could run around onstage in sneakers and a t-shirt and never break a sweat. And both those bands are great.

“But KISS is a different animal – we’re like heavy artillery. We’re armored. I wear eight-inch platform heels and it takes hours to put on the makeup and the studs and all the stuff, and then I fly through the air with no net, shoot fire out of my ass, Paul flies off at the stage wearing 40 pounds of armor…

“We all love Jagger and Bono, but if they put in the amount of work we put in, they’d drop dead in a half hour.

“I love them to death and respect those guys. But all they have to do is sing.”

KISS has always been celebrated for its live show. But do you feel you’ve gotten your due as a songwriter or a musician?

“I don’t care. Means nothing to me. ASCAP gave myself and Paul the songwriters’ medal of honor, whatever that’s called [the ASCAP Founders Award]. It means nothing.

“The only thing that means anything, that includes boxers or baseball players or anybody, is when you get up to bat or when you get in the ring and your bosses are standing on their seats.

“And, by the way, that’s our job. We’re not political. We don’t talk about the secret of life because we don’t have a clue what it is.

“Our job is to make you forget the traffic jam, the fact that your girlfriend is elbowing you because you’re looking at that girl over there with the set of double D’s, all that other stuff that tortures everybody. With KISS, it’s magic time.”

Well, there you go. Had you not met Paul all those years ago, where would Gene Simmons be right now?

“Where would I be? Nowhere. Because there is something called chemistry. Although it’s fair to say Paul and I are completely different people. But we’re two different sides of the same coin.