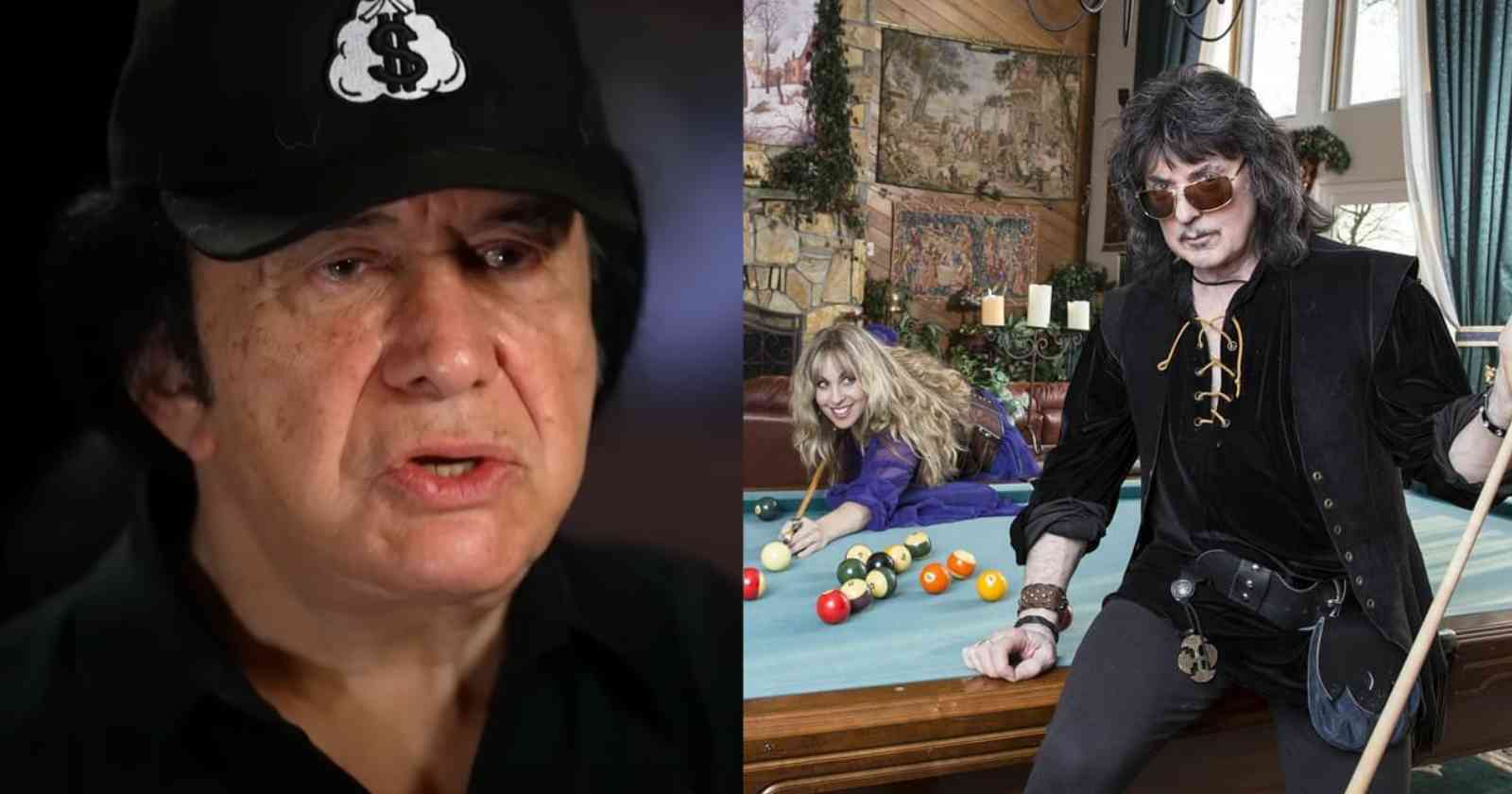 The guitarist Ritchie Blackmore first achieved fame as a member of the influential Hard Rock band Deep Purple and then in the mid-70s left the group forming the successful group Rainbow. His technique, riffs and solos were an inspiration for millions of musicians worldwide. Over the decades many famous artists gave their opinion on him and one of them was the Kiss co-founder, bassist and singer Gene Simmons.

What is Gene Simmons’ opinion on Ritchie Blackmore

Gene is known for always being sincere with his opinions and talked about the Deep Purple and Rainbow guitarist when he was interviewed for the documentary “Ritchie Blackmore Story” released in 2015 (Transcribed by Rock and Roll Garage). The Kiss co-leader praised the musician, saying: “In a lot of ways, it’s a little tragic that Ritchie didn’t stand up and shine the light on himself. Which is why I’m happy to be here. He needs the light right on him. Because unlike many people he actually deserves it.”

“You know, it bears noting that, for me, Ritchie Blackmore, unlike many guitar players, never lost his edge, if it were. ‘Burn’ is every bit as important as ‘Space Truckin” and some of the later stuff. You can actually hear a guitar player at the top of his game.”

“When Ritchie plunged into medieval music it wasn’t so much as a surprise as a natural course of events. You know, there are people who enter this band thing for lots of different reasons. For money, for fame and for the chicks. It seems to me Ritchie Blackmore entered into this for the music,” Gene Simmons said.

What Ritchie Blackmore once said about Kiss

Kiss is one of those bands that are either loved or hated by the music fans. Since the beginning of their career many famous artists gave their opinion on their music and image. Talking with Trouser Press back in 1978, when the American band had already released all their classic 70s albums that has many of their biggest hits, Ritchie Blackmore gave his opinion on them at the time.

The British guitarist was talking about how the Deep Purple audience got bigger and bigger over the years. He also said that in the United States there were some “strange big groups”. The interviewer then asked if Kiss was one of the bands. He replied, saying: “No, Kiss I like because they don’t care what people think of them. They take a chance and it’s worked. They’re the first ones to admit they’re not good musicians. I’m talking about middle-of-the-road bands that turn out that lethargic, laid-back cocaine beat. The DJs love it and they play and play it all the time,” Ritchie Blackmore said.