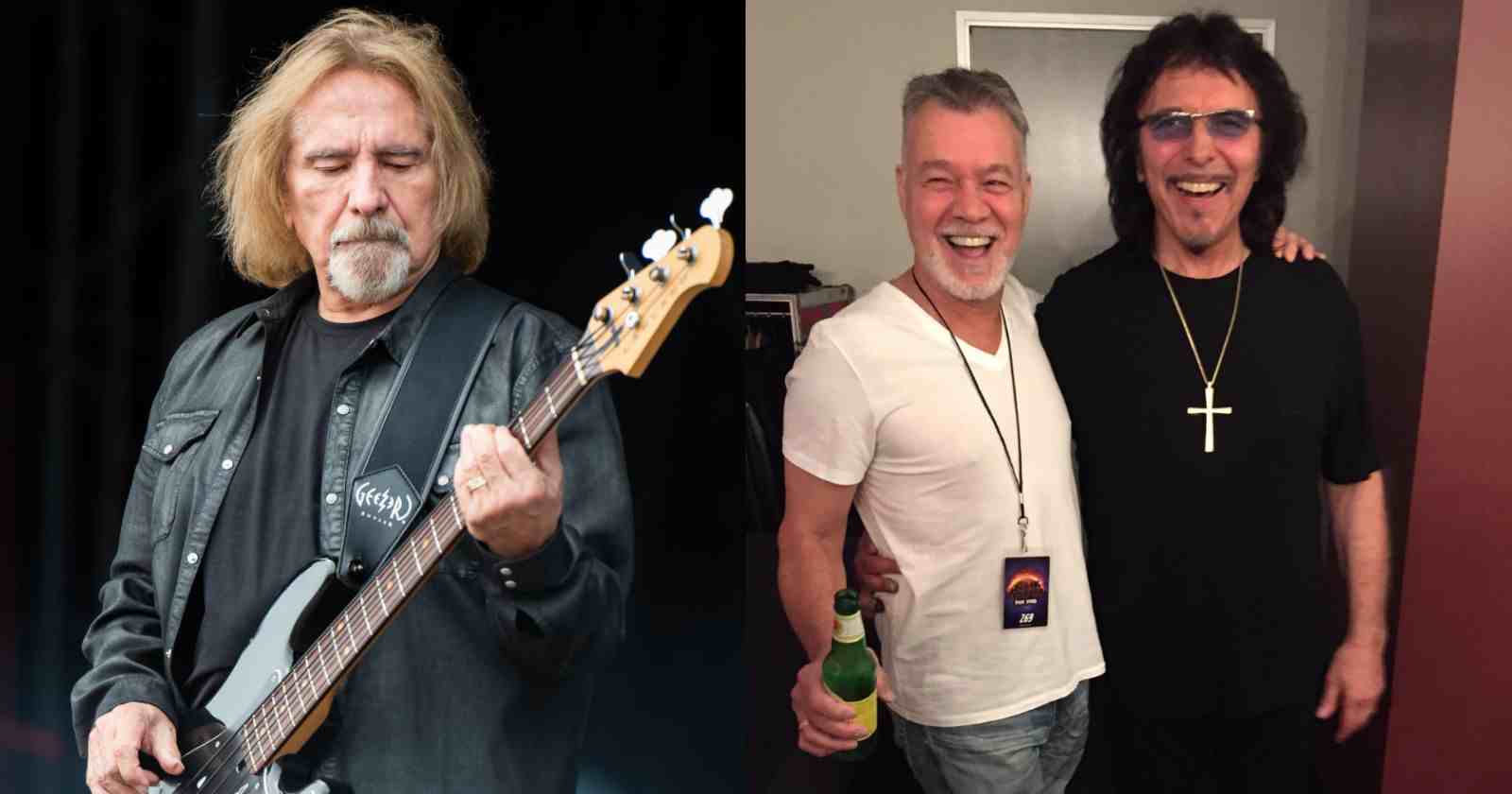 Black Sabbath bassist Geezer Butler said in an interview for the book “Eruption: The Eddie Van Halen Story” that he felt like Van Halen were ripping off Sabbath when their were the opening act of the English band back in 1978.

“Van Halen went down incredibly well. The only thing that pissed me off was that at the beginning of the tour they seemed like a really raw band. But as the tour went on, they were sorta ripping us off.”

“Eddie’s guitar solos were getting longer, David Lee Roth was copying everything that Ozzy would do, and the bass player [Michael Anthony] even started using a wah pedal – at a time when I was the only bass player that had ever used a wah pedal.”

“By the time we went on stage, people were like, ‘Oh, I’ve already seen all this.’ It was like we were our own tribute act. They were all really good blokes. So we weren’t really that bothered about it. But Tony had to have a few words with Eddie, in a ‘Behave yourself’ kind of way,” Geezer Butler said.

Tony Iommi then chimed in, saying:

“I didn’t know very much about Van Halen at all. But when I first heard them, it was like, ‘Bloody hell!’ They were so energetic, such great players, and they had good songs. We were just like, ‘Wow, blimey, these are really good!'”

“They watched us almost every night from the side of the stage. Obviously they’d pick things up from us, seeing what worked, and what got the crowd going. But it was just a bit awkward when we’d come on stage and it felt like we were just doing what they were doing. One night I said to Eddie, ‘Hey, Eddie, are you gonna play a couple of tracks off our new album tomorrow?’ [Laughs]”

“Eddie had obviously listened to other guitarists growing up. But he’d come up with his own thing and he was just a fabulous guitar player. Most nights he’d come around to my room or I’d go to his room and we’d do a bit of coke and talk all night. He became a really good friend and I really respected him as a player. I’m really glad we had them with us because it led me to make a friend for life.”

During a recent interview with Spin magazine, Tony Iommi talked about if he had the chance to say goodbye to Eddie Van Halen before his death:

“When we used to go out for dinner, we’d always end up [grousing] about the bands. He’d be going on about Dave Roth, and I’d be going on around about [whoever]…. This was just before he died, or rather, before he really became ill. And he helped me a lot as well.”

” Because he went to Germany for some stem cell treatment on his hands; he had problems with arthritis and stuff. And I had a problem with my thumb. He said, ‘why don’t you go see this guy of mine who I’ve been to in Germany, in Dusseldorf. He arranged it for me and I went and got this sort of topical stem cell treatment, which helps.”

Did you get a chance to say goodbye to him?

“Well, I knew it was a matter of time. But he did contact me. And I could tell. The last email was just before he went into hospital the last time and it was really… You know, some of the words were mixed up, he was obviously sedated or something. But that was the last one I had from him. I really miss him.”