In interview to Guitar World the legendary Black Sabbath bassist, Geezer Butler was asked “which songs represented a breakthrough for him and his writing and why”.

“I suppose the lyrics to ‘Paranoid’ were the most representative of a breakthrough, as they were very personal. I had been suffering from undiagnosed depression, and the only way of dealing with it was to write about it. It was quite cathartic.” 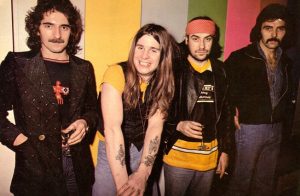 Did the way the band sounded push your writing into these areas, or would you have written that way regardless?

“The sound absolutely dictated the lyrics. Songs like ‘Changes’ and ‘Planet Caravan’ called for softer ideas, while ‘War Pigs’ and ‘Into the Void’ suggested a more aggressive approach.”

What would you like the world to know about Tony Iommi and Ozzy Osbourne?

“Tony is the most patient person when it comes to music. He knows exactly when a song is ready for human consumption, and he’ll keep adjusting the music until he finds it right. Ozzy is brilliant at coming up with vocal melodies, no matter how weird the music gets.” 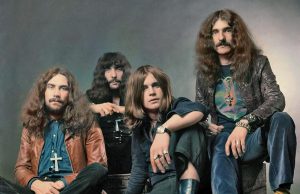 It could be argued that Black Sabbath created as many new musical conventions as Muddy Waters or The Beatles. Do you allow yourself that pat on the back, and place in music history?

“Well, for so long we were written off as unimportant, particularly in the ’70s, and especially in the music press. But we stuck to our vision and carried on regardless of what the critics thought of us. We had the most loyal fans, and that’s who we really cared about. However, when we wrote our music, we did it to please ourselves, not what was expected of us, so we had a lot of light and shade on our albums.”

Spotify is sued for improper use of Tom Petty, RATM and Stevie Nicks tracks
Myles Kennedy says his father died because his religion did not allow him to go to the doctor
To Top