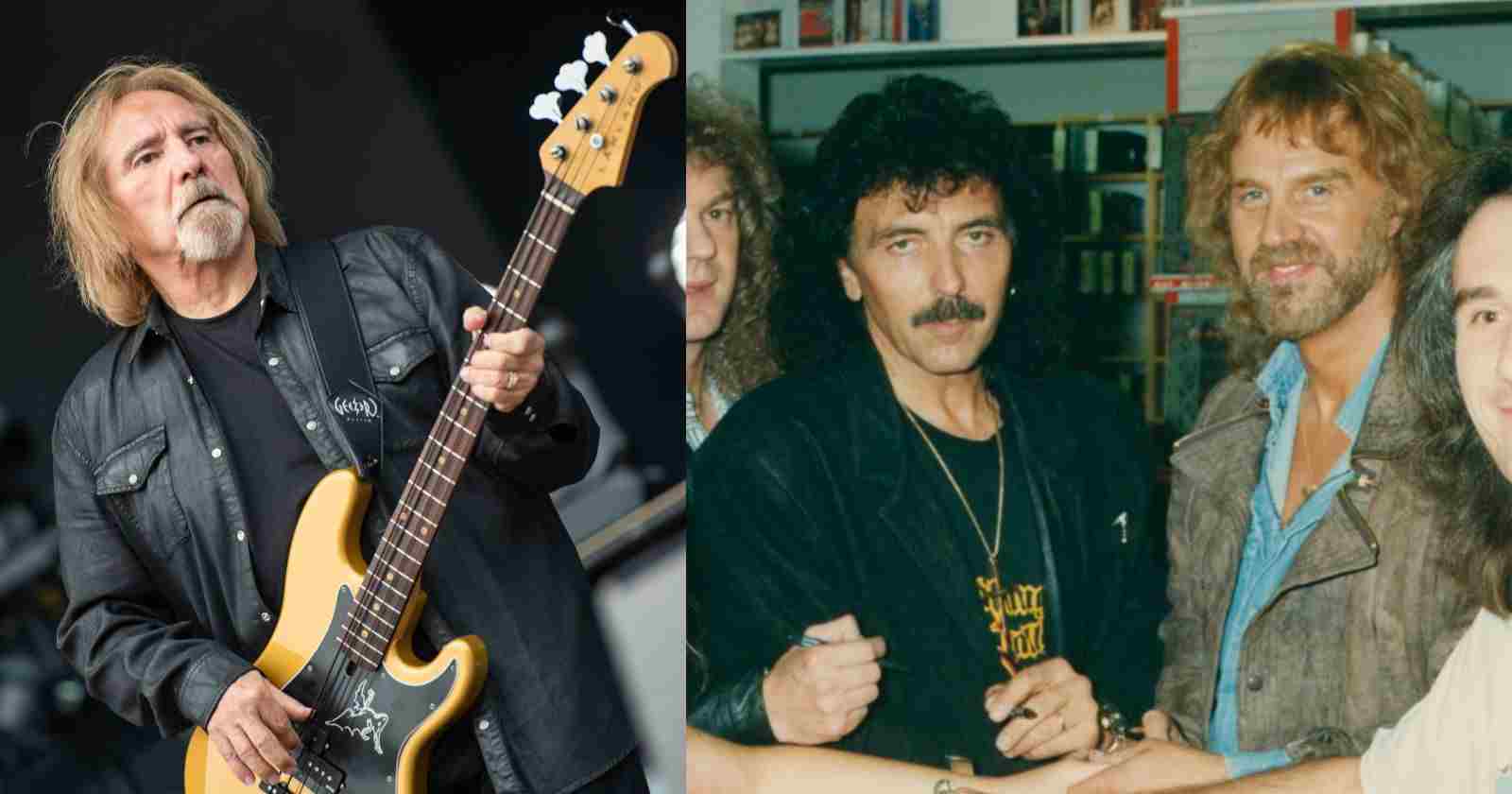 Black Sabbath bassist Geezer Butler recalled in an interview with Bass Magazine that the late keyboardist Geoff Nicholls (Considered the 5th member of Sabbath) was the author of the famous “Heaven & Hell” bassline.

“On Heaven and Hell, all the tracks were recorded without my bass. I left the band [during the Heaven and Hell recording sessions] because I was having personal problems back in England. And so, once I sorted those problems out, I came back, but all the [other] tracks had been done.”

“The bass was [recorded] completely separate, so it had to sound different, because there was no bass while the guitars, vocals, and drums were [being] put down; whereas Mob Rules, it’s the whole band [playing] together.”

“Geoff came up with that. I thought that it suited it perfectly. So I kept those bits in, and just changed the choruses and the middle eight bits; but the actual, verse bass line, that was Geoff Nicholls who came up with that.”

During the same interview, the bassist also talked about the difference between drummers Bill Ward and Vinny Appice:

“Bill was jazzier, and more of a percussionist. He added a lot of different kinds of percussion to the songs, whereas Vinny is more of a straightahead drummer—a [John] Bonham kind of style.”

Butler received the nickname “Geezer” at approximately age eight, because he “used to call everybody Geezer” at school. “It was just a slang term for a man.” He grew up in a working-class Irish Catholic family in Birmingham.

The Butler family had seven children and were poor, typically having “no money whatsoever”. Two of Butler’s older brothers had been called upon to serve in the army, and in the Vietnam War era, Butler feared that he would be next. However, mandatory service was ended in England a couple of years before he was due to be conscripted.

He was heavily influenced by the writing of Aleister Crowley as a teenager. By his late teens, he had stopped attending Mass. He cited a loss of belief, and feels that everyone should sooner or later decide for themselves what to believe in. By the end “I was going to Mass every Sunday just to take a look at all the nice girls that were going there”, he recalled years later.