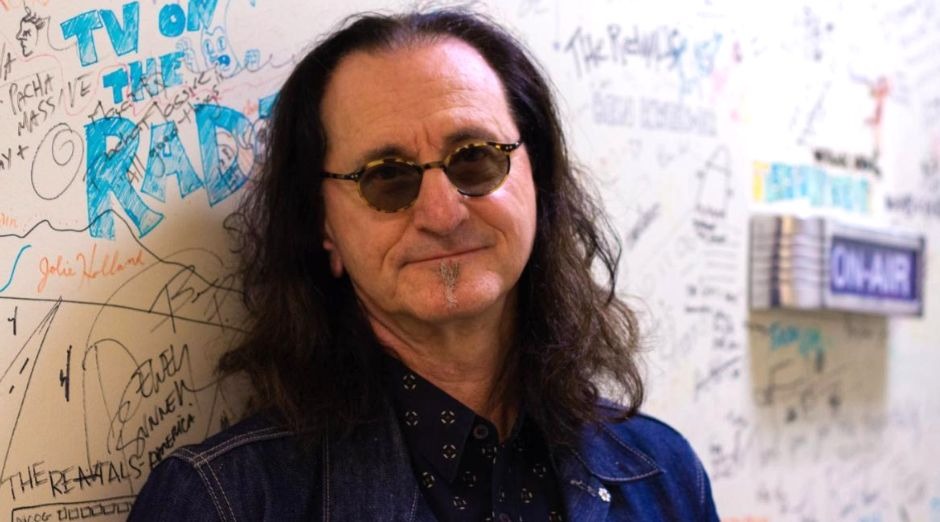 The legendary Rush bassist and singer, Geddy Lee revealed in an in interview with The Quietus his 13 favorite albums of all time and explained why. The list has many progressive rock bands like Yes, Fleet Floxes and Genesis. But also musicians that you couldn’t expect Geddy Lee listens, like Bjork.

“To me, Radiohead carried on the tradition of bands like Yes. They are always adventurous and challenging and yet they have remained ahead of the game, really. I love the way they blend old and new…including contemporary beats and instrumentation. But again, and like Yes and Genesis, they still have great songs at the heart of it. Especially on OK Computer, which completely fired me up and gave me hope for the future. Great music in every sense of the word.”

“Many of these records happened to be during the period when I was just beginning to find my way, not just as a musician but beginning to discover what music was all about. Pete Townsend, for me, is arguably the ultimate rock musician. He can expand on a very simple idea and take it somewhere else, just by the power of his playing and it loses none of the initial excitement.”

“Who’s Next was one of those albums that never left my turntable for years. For me it is the album that shows four great musicians touching their creative peak. It transcends any notion of genre. It just is what it is, which is the best thing you can say about and band, any album.”

“To some it might seem like an unlikely Led Zeppelin album to choose but, for me, it captures a moment. Led Zeppelin came to Toronto. I remember staying up all night to get tickets. I think I am right in saying that this album had only just been released and we went to see them. We were very young and, as such, a little bit on edge and eager to sample anything.”

“Then I heard ‘Communication Breakdown’ and a trigger went off in my head. That was my punk rock, really. The surge of power was something I had never experienced before. There are greater and more adept and adventurous Led Zeppelin albums and we all know which they are. But this was just the kind of explosion you can only really enjoy when you are young.”

“I love the very approach of Fleet Foxes. They seem to have no desire whatsoever to appear trendy. I know they are genuine in that although, obviously, that soon becomes a trendy stance in itself. I can see a bit of Rush in that dilemma. But they are simply natural, organic and are so well rooted in folk and rock that they can take both these extremes anywhere they want.”

“This happens a lot on this incredible album which certainly shouldn’t be lumped in an Americana basket. There is so much going on. They way they play and beautiful use of harmonies. I couldn’t believe it when I first heard it but it gave me hope that there will always be something new happening in music, no matter what they say. Everything on this album is old but, when pieced together like this, it is truly groundbreaking.”

“Well I was a big fan of Genesis and Peter Gabriel. That was when I first discovered the notion of a ‘concept’ and that it could be an adventurous and lively place and not dull at all. It is a very playful and compelling record. I fell in love with the sound of it. I was totally entranced by it and wanted to know how they had done it. This is part of the roots of Rush. The creation of a flexible concept. The parallels are obvious.”

Jethro Tull – Thick As A Brick

“My favourite Jethro Tull album. I know it is partly a send up of the idea of ‘concept’, but it is delivered to perfection. I was a massive Tull fan from very young and they are one of the bands that I saw live in Toronto…yes, we were lucky to see so many incredible concerts when we were very young and, I hope, that too reflects in Rush. I was mesmerised by Ian Anderson. His presentation was simply magical and he delivered it with such a sense of humour and great style.”

“There really wasn’t anyone else who looked or sounded quite like them and that holds true to this day. We saw it as a huge challenge to try and create something that can seem so dynamic onstage. They are probably best regarded as a live band although their series of albums around that period were exceptional. This still sounds fresh and it is great to see that interest in Tull is still growing.”

“Well, perhaps the connection is obvious. Cream kind of invented the blues rock three piece. They grasped the blues and just took it somewhere else. I loved Ginger Baker’s jazz drumming and, most important for me, the fluid bass lines of Jack Bruce. Again this is one of the bands I saw in Toronto and was truly inspiring. I knew I wanted to be part of a three piece from that concert. Cream paved the way and showed me what was possible.” Geddy Lee explained.

“That was probably the last Pink Floyd album before they went into their run of classics. Before their really big records. But… again… again… it was their show in Toronto that captivated me and fired the imagination. They opened that show with the whole of Meddle and immediately I could sense the possibilities were immense for this band.”

“As a young Canadian, I was very aware of the Canada’s folk legacy. From Gordon Lightfoot to Neil Young. Of course, Joni Mitchell loosely falls into that broad category although her music is impossible to pigeonhole, really. Even as far back as Blue you could hear traces of jazz… oh, all sorts of things. Everybody seemed to have this album. It is one of those records that always seemed to hang in the air.”

“The songwriting is sublime and has never dated. It is not a record that actually had any effect on the formation of Rush, but it was something that captured those times and can instantly transport me back there. I don’t know if it is her best album but it is certainly the one that cut through all the other music around. It is also very, very beautiful.”

Geddy Lee: “Yes, my favourite of the West Coast bands. They were always will to stretch themselves, especially when playing live. You can see that on all the footage of the band from the late 60s. I was particularly drawn to Jack Casady’s bass playing, which was always adventurous and never content just to sit fully in the background. Of all their albums, this is the one that I would try and play along to. It is alive and a very fresh-sounding record that seemed to evoke the Californian sun. That appealed to a Toronto lad.”

“I remember when it was released. Yes, THAT far back. I had never heard anything like this before or, indeed, since. There have been many imitators but nothing gets close, does it? Again it was displaying the possibilities and power of a three-piece band, proving beyond any shadow of a doubt that a three-piece can be really powerful and expansive. In many ways, it’s more adaptable and focus than a larger rock band. What is this? Rock? Blues, Jazz. Absolutely moving all over the place and a lesson for any musician on the planet. You hear new things – even now. It still manages to surprise.”

“This is probably the most surprising album on this list and, I know, it is hard to see any connection between Rush and Bjork. Maybe there isn’t one. But I don’t thing she gets the credit that she deserves. Journalists tend to focus on the things she says and does and, of course, what she is wearing.”

“She is a very visual artist so perhaps that is understandable. But people tend to forget just what a fantastic and truly original artist she really is. She is not afraid to try new things, either. In fact she thrives on it. It would have been very easy for her to have gone the pop route and built on her hit singles. There must have been pressure for her to do that but it is not what she is about. Just great music powered by an immense imagination.” Geddy Lee, explained.

Geddy Lee said: “Not so surprising, perhaps? I was turned onto this by a good friend back in the day when Yes were just breaking. Of course I loved Chris Squire’s incredible bass…and am still a huge fan. Quite amazing. But Yes provided an incredible array of intricate arrangements and a musicality beyond belief. They are often knocked for being too complex but I don’t agree. There is a simplicity and elegance to the songs. I always found them both accessible and adventurous.”