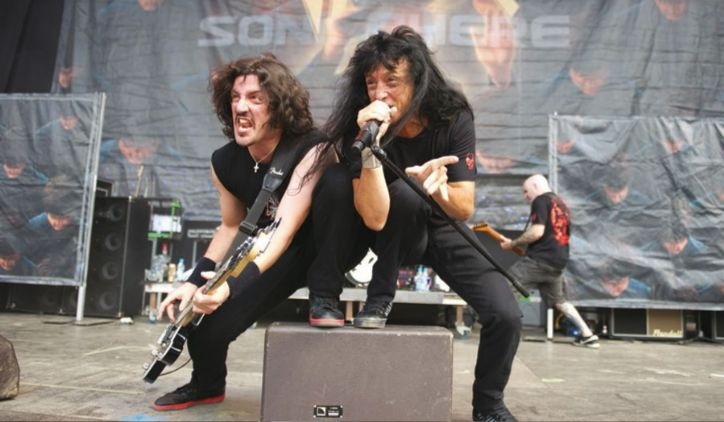 Anthrax performed at the Rock Hard Festival, held June 7-9 in Gelsenkirchen, Germany. Taking advantage of the band’s passage around the country, the Rockpalast TV program interviewed the band’s bassist Frank Bello, who among other things talked about the band’s plans for the next work.

“We are in the process … We have the skeletons of the songs and we continue to build like a cake, and it works like this … it’s always worked like that. We like to enjoy our time and make sure it’s the right song and the record It’s important …”

The last release of Anthrax is “For All Kings”, released in 2016.

Anthrax is an American heavy metal band from New York City, formed in 1981 by rhythm guitarist Scott Ian and bassist Dan Lilker. The group is considered one of the leaders of the thrash metal scene from the 1980s and is one of the “Big Four” thrash metal bands with Metallica, Megadeth, and Slayer.

Anthrax is the only one of the four from the East Coast, and often credited as one of the early thrash metal bands to emerge from there, along with Overkill and Nuclear Assault.