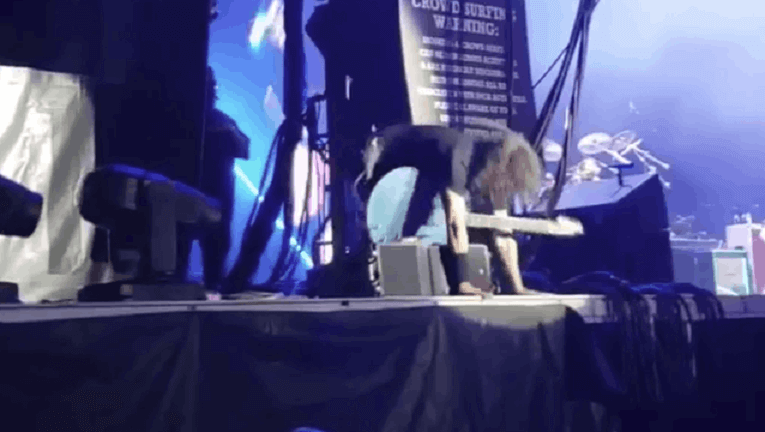 In a recent live show Dave Grohl almost fall from the stage after tripping over a monitor.