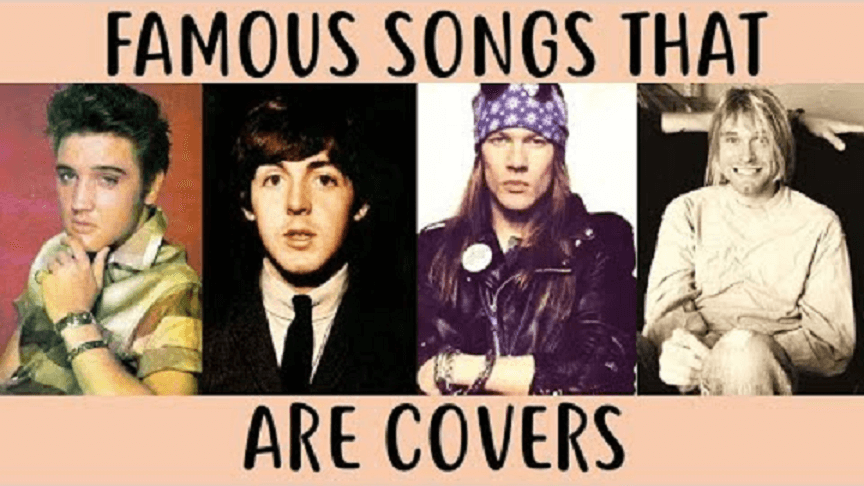 I bet you passed years hearing a song and didnt even imagined that it was a cover version. Well, now is time for some revelations for you. In the video below you will see famous song that are actually covers.

In popular music, a cover version or cover song, or simply cover, is a new performance or recording of a previously recorded, commercially released song by someone other than the original artist or composer.

Before the onset of rock ‘n’ roll in the 1950s, songs were published and several records of a song might be brought out by singers of the day, each giving it their individual treatment. Cover versions could also be released as an effort to revive the song’s popularity among younger generations of listeners after the popularity of the original version has long since declined over the years.

On occasion, a cover can become more popular than the original, such as Elvis Presley’s version of Carl Perkins’ original “Blue Suede Shoes”, Santana’s 1970 version of Peter Green’s and Fleetwood Mac’s 1968 “Black Magic Woman”, Johnny Cash’s version of Nine Inch Nails’ “Hurt,” Whitney Houston’s version of Dolly Parton’s “I Will Always Love You”, or Jimi Hendrix’s version of Bob Dylan’s “All Along the Watchtower”.

The Hendrix recording, released six months after Dylan’s original, became a Top 10 single in the UK in 1968 (US number 20) and was ranked 48th in Rolling Stone magazine’s 500 Greatest Songs of All Time. Another famous example is the Beatles’ cover of “Twist and Shout”, originally by the Top Notes, and their cover of the song, “Til There Was You”, by Meredith Willson, among many others.